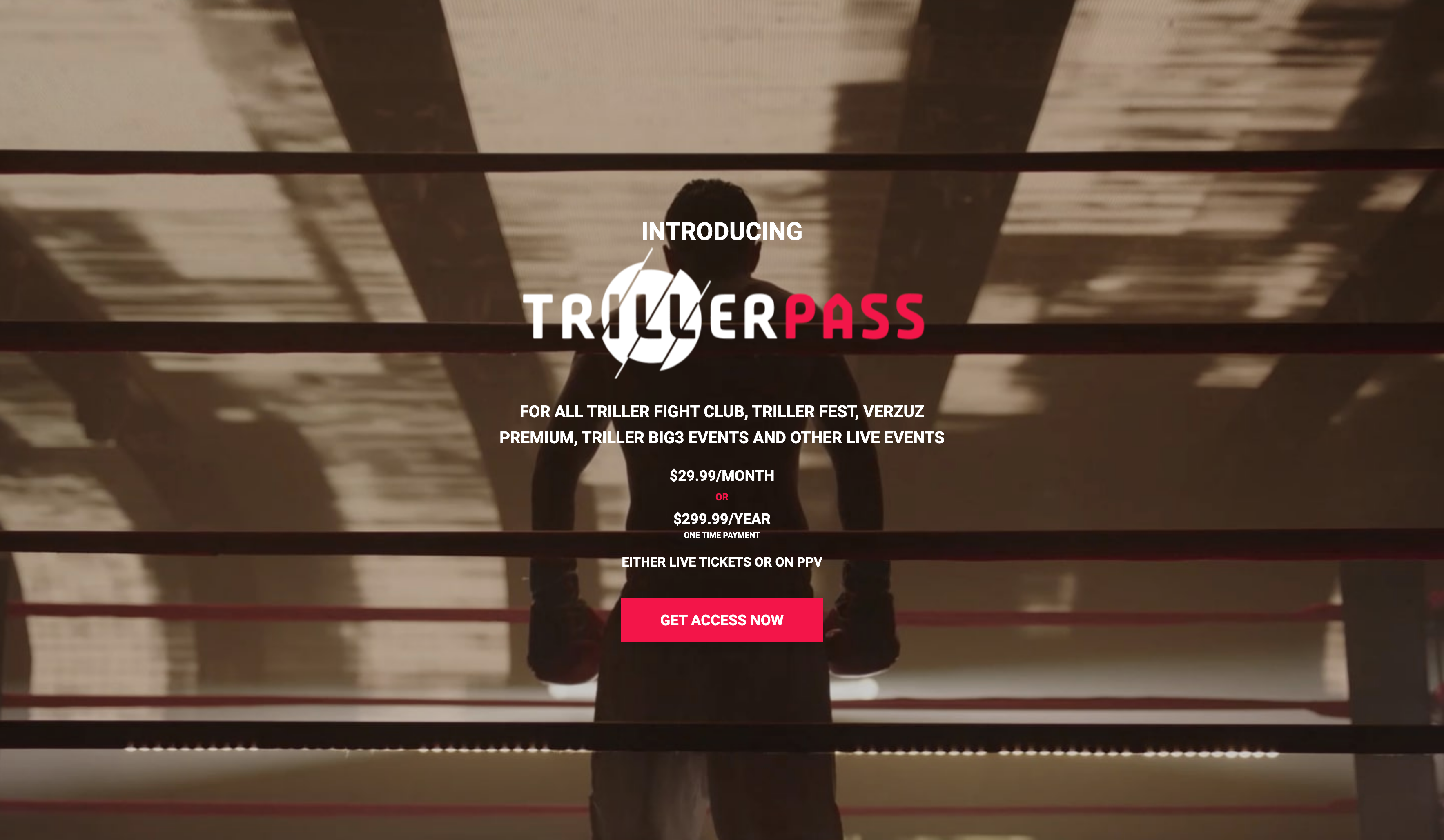 Triller’s new livestream subscription model TrillerPass is priced at $29.99 per month or $299.95 per year.

Until November last year, American video-sharing social networking service Triller was a TikTok competitor, allowing users to share short-videos synchronised to music. The app grew in popularity last year as TikTok was banned in India and faced threats in the US. Towards the end of last year, Triller expanded into live music and sports, with pay-per-view performances and boxing events.

In March, parent company Proxima Media acquired music-livestreams brand Verzuz. Verzuz events will also be part of the subscription, starting with Eve vs Trina on June 16.

Subscriptions are $29.99 per month or $299.95 per year. Of course the main advantage to monthly subscriptions is generally the ability to cancel at any point, however Triller’s monthly option requires a 12-month commitment, making it barely a ‘monthly subscription’. Triller are only selling a limited number of TrillerPass subscriptions before closing the offer. Find more and sign up here.