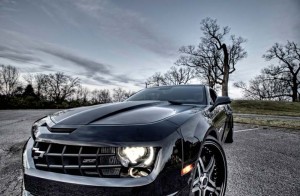 OK, so it’s not quite as expensive as the $100K ride-in-a-lamborgini-and-take-shrooms package, or as intimate as buying some of Lady Gaga’s hair, but as album release tie-ins go this is pretty extreme: the Black Keys project Blackroc, in which they’re working with acts like Mos Def and Raekwon to produce some pretty strange and complex music.

The car in question has been produced to tie in with the album launch this Friday (27th). A ‘standard’ SS will set you back about £35,000 in the UK, and specs are as follows:

How long until we see the new Lily Allen branded Fiat 500?