On the surface EZmix is dressed up to look like a channel strip, one that places all its efforts in creating easy quick results during mixing, rather than spending extra hours fiddling. The idea is that you insert an instance of EZmix into a channel in your DAW, and then select from the presets in the plug-in depending on what type of channel you’re processing (drums, bass, vocals, and so on). The plug-in has just three sliders, which control different parameters depending on the preset you’re using, so a vocal preset might have adjustable delay time, delay mix or compressions for example.

Available to buy now from the Toontrack web site, EZmix comes in VST, AU and RTAS, for both Windows and OS X, at a price of £45 including VAT. 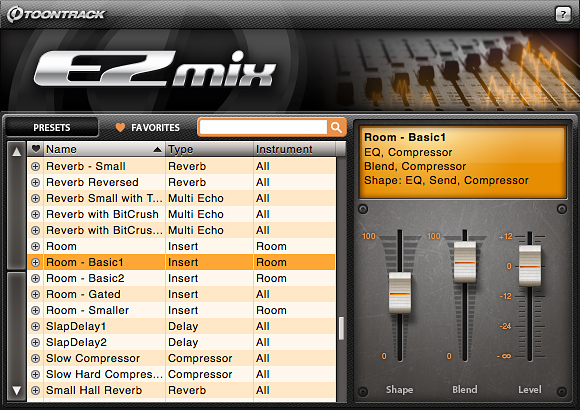 During an ongoing inquiry by the UK government into the economics of the still-fairly-fresh music streaming model, the BPI have claimed that streaming may already be an improvement on physical and warn against too radical an upheaval.

Top 10 most followed non-editorial playlists on Deezer in 2021

Playlist placement is big business in the music streaming industry, but the major playlists from the services themselves aren’t the only ones with millions of daily listeners.