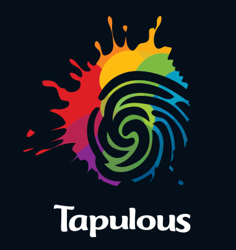 We are always  looking for new markets for our artists and the gaming market has been on a list for a while now. Tap Tap Revenge is one of the biggest games on the iPhone and Tapulous the makers of the game have an ever growing network. Currently Tapulous has released Coldplay and NIN versions of their game in which they sell for about $4.99 in the iTunes app store. Tapulous has now announced that they have signed Universal Music Group to their roster and will be soon releasing more and more versions of Tap Tap Revenge.

Tapulous chief Bart Decrem admitted that purchases of premium versions of the game were quite modest. However, Decrem has been scaling the concept through the delivery of free apps, a familiar startup model that mostly pushes the monetization puzzle to a later date.

Lady Gaga is rumoured to be the first artist from Universal that will get their own game and im sure it will be released at about $4.99.

It would be great if Tapulous actually released lesser known artists in their free game and even becoming a tool for users to find new unsigned and independent artists, while at the same time releasing premium versions of better know mainstream artists.

DJ Mode is a new on-demand listening experience from the music streaming service, launching with their first host Billie Eilish.