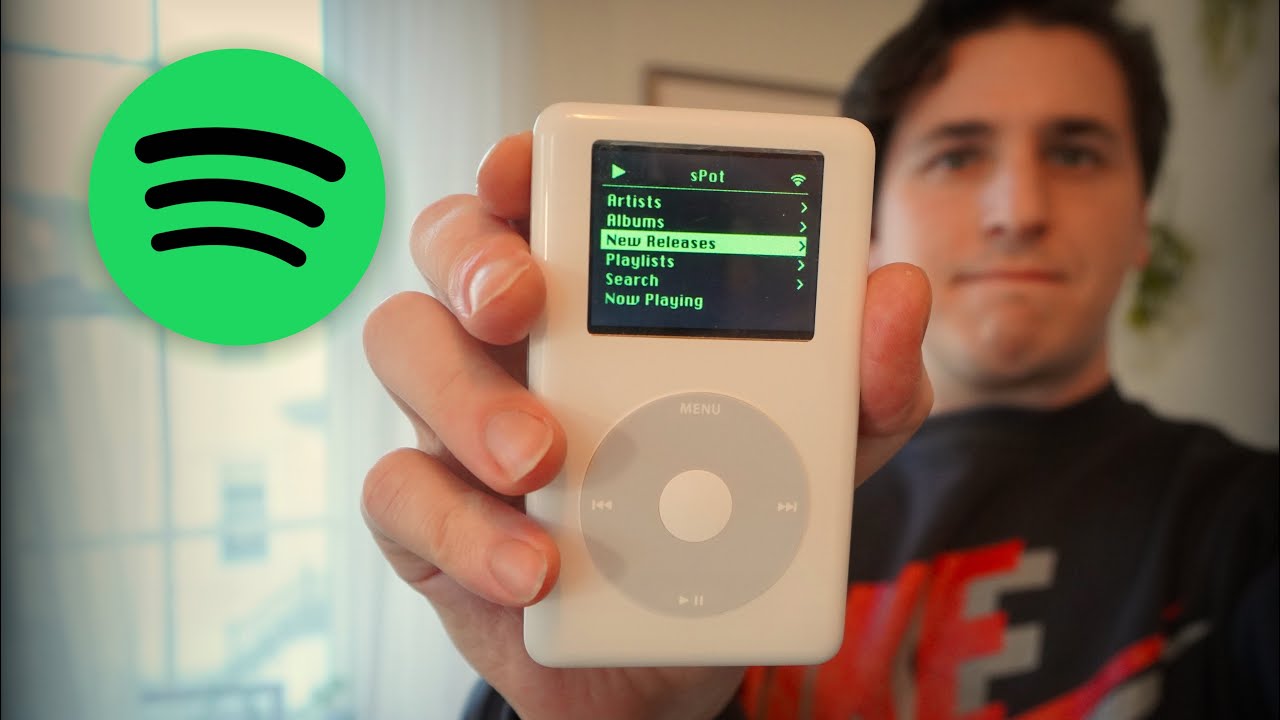 The ‘sPot’ from Guy Dupont is a 2004 4th generation iPod that streams music online from Spotify… sort of.

After Guy Dupont was handed a 2004 iPod, the first with the signature click wheel, he got to work figuring a way to stream music on the offline-only MP3 player. Anyone with knowledge of the pre-iPod touch era MP3 players from Apple will know that these devices had no way to connect to WiFi or Bluetooth, so this is a whole lot more than simply a sideload of Spotify on a jailbroken iPod. This is a complete rebuild in the body of the iconic device.

While none of the internal components are kept, Dupont managed to keep the fully functioning click wheel, with haptic feedback from a motor, rather than the clicking sound. The music is not stored locally on the device, the video explains how this iPod can stream playlists, saved music and search through all of Spotify’s 60 million+ songs.

The core of the device is a $10 Raspberry Pi Zero W, with other parts from Adafruit such as a colour screen replacing the monochrome one installed, a micro-USB port instead of the proprietary 30-pin dock connector, a larger 1,000mAh battery and Bluetooth to bypass the non-functioning headphone jack. The entire build came in under $100.

The OS runs on Linux with help from Raspotify and Spotify’s Connect API. Dupont build the UI to replicate the original menu style of the original iPod as closely as possible.

The video covers the basics on how the iPod hardware and software were build, with an in depth rundown on his site and source code on GitHub.

After a way to bring Spotify on-the-go, in an iPod Shuffle-like device?