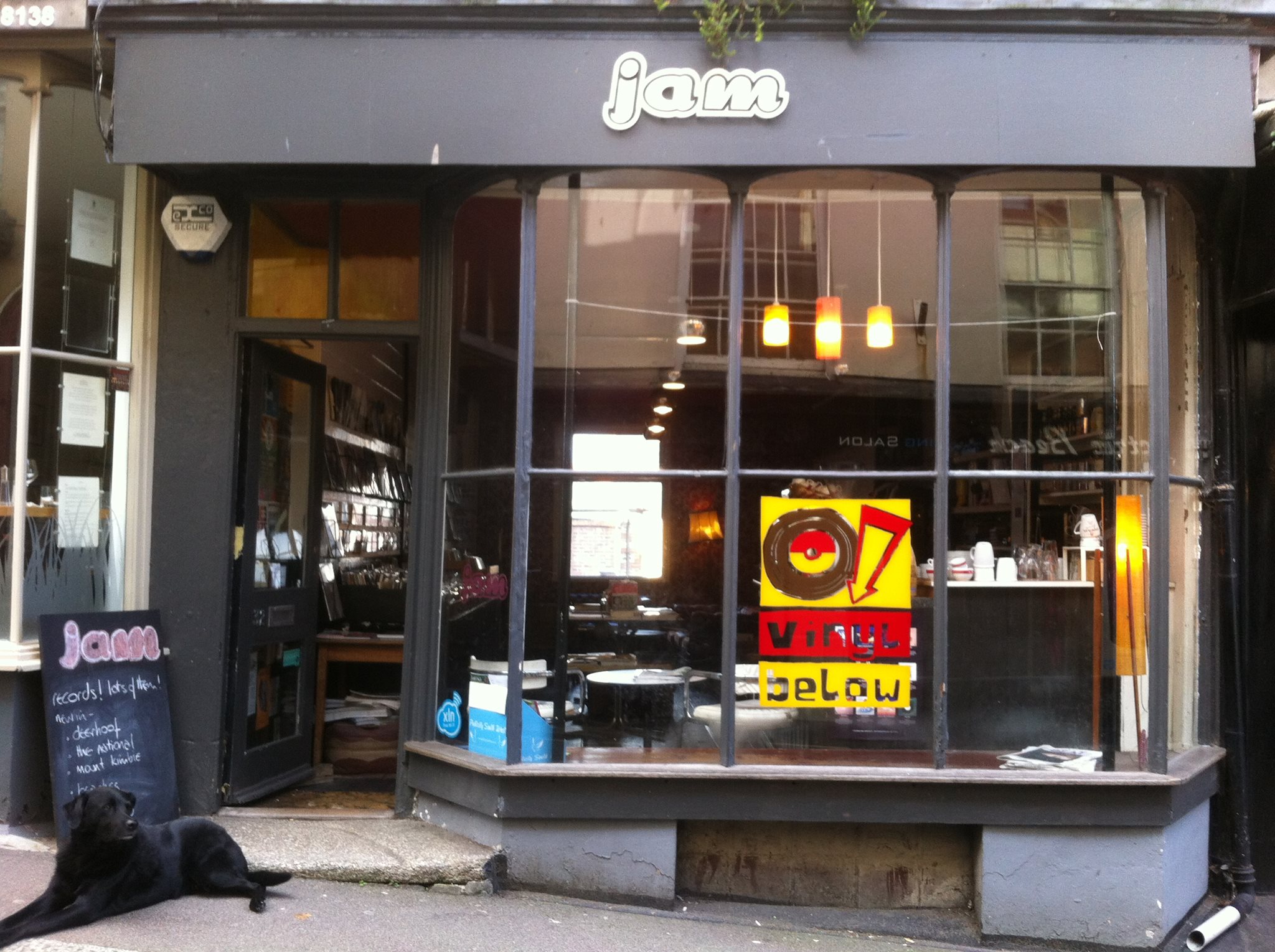 With Record Store Day around the corner we thought we’d talk about the teams favourite record stores.

Here at RouteNote we’re all massive music fans/nerds and as such we digest our music in a variety of ways, one of them being on wax. There’s something very special about vinyl, from the physical feeling of the music to the warmth of music or the occasional crack. The one shining element of the record though is where they come from, the record store. A beautiful hub of musical energy filled to the brim with exciting releases from various genres and times.

Personally speaking, there is nothing more exciting than finding digging through records in your local store, discovering music new and old. With this in mind and with Record Store Day around the corner we wanted to highlight our favourite stores to purchase our records.

Jam Records has been serving new and old records to the population of Falmouth for decades and has become a student hub for the local University. It has a wide variety of music ranging through multiple genres and is always stocked with the latest releases. In addition to selling records, it has a wonderful seating area upstairs and provides a banging coffee. If you’re ever in Falmouth (or Cornwall) be sure to take a trip to Jam Records, give the dog a pet, and grab yourself some new wax.

Junk Wax Records has over 35 years of experience and boasts a wildly extensive collection of records for sale. You can also ask to have newer releases ordered in. The shop itself is based in Penzance (previously based in Newquay) and is filled to the brim with memorabilia and Steve’s notorious selection of beats spinning in the background (Steve is often spinning wax from his personal collection). If you’re looking for an authentic record store experience with knowledge on music as long as your arm, then I urge you to visit Junk Wax.

Resident Records in Brighton was started in 2004 and has fast become one of the U.K’s most popular independent record shops. They have a massive selection of records ranging through the eras and genres and bountiful music knowledge throughout their staff. In addition to a brilliant in-store experience they also have an incredible online store too. Most, if not all their records are also available to buy online and arrive in great time, well protected in their Resident packaging.

Rough Trade East is neatly positioned in London’s trendy Brick Lane and boasts one of the countries largest selections of physical music and music merch. In addition to such a wide and expansive collection of music for sale, it also hosts live music too. Artists from a variety of backgrounds, genres, and levels of fame will play here during album releases, for example, Tom O’Dell is playing there next month.

Vinilo Record Store has two shops, one in Southampton and the other in Bournemouth. It’s a shining example of the modern record store, it’s sleek but welcoming and filled to the brim with new releases and re-presses. In addition to this, they sell books, magazines, and their own apparel. Vinilo is also known for its events which include Record Store Day and in-store signings.

Yes, that’s right, yet another record store in Cornwall, this time in St. Austell. Museum Vinyl is an independent record store that stocks new and old releases, priding itself on playtesting each pre-owned record that comes in the store, guaranteeing a solid purchase for the listener. You can also find music merch, apparel, and memorabilia.

Spillers Records has the unique selling point of being the oldest record shop in the world, established in 1894. It’s safe to say that Spillers has plenty of knowledge when it comes to music and records. The store is steeped in history and offers the classic record store experience.