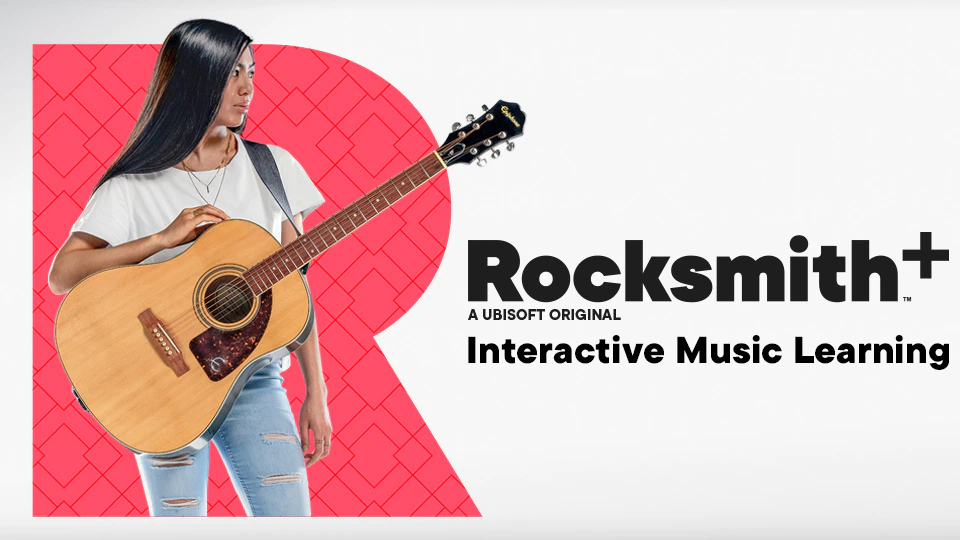 Rocksmith+ is the follow up to the original Rocksmith, a Guitar Hero-like game that uses real instruments.

In 2011 Rocksmith launched their first game on PC and consoles. Unlike other music video games such as Guitar Hero or Rock Band, Rocksmith required a real electric guitar to be hooked up to the console via a USB adapter. Rocksmith is said to have helped almost 5 million people learn how to play guitar since the launch of Rocksmith and Rocksmith 2014. Rocksmith+ is the sequal to the original Rocksmith, branding itself as an “interactive music learning” game.

Much like the original games, Rocksmith+ helps those learning acoustic, electric and bass guitar. Rocksmith+ does not require any additional accessories to hear your playing, instead set your phone next to your instrument with the Rocksmith+ Connect app open. Using your phone’s built-in microphone, the app detects your playing and can pair with your PC, Xbox Series X|S, PlayStation 5, Xbox One and PlayStation 4. Alternatively, you can use the Rocksmith Real Tone Cable to hook the 1/4″ jack directly to your platform of choice.

Rocksmith+ features improved state-of-the-art note detection, tuning tools, real-time feedback that analyzes your performance and scores your accuracy, practice tools such as the Riff Repeater that helps you learn challenging segments, a customizable pace allowing you to slow the song speed down, and personalized recommendations to help you improve your skills. As you improve over time, Rocksmith+ adapts to your level.

At launch Rocksmith+ has a vast and ever-expanding library of songs of all genres, including classic rock, pop, country, hip hop and more. Each song also features chord charts for rhythm players. Using the user-generated content system Rocksmith Workshop, you can even add your own arrangements from a list of pre-licensed songs.

Where the original Rocksmith charged set amounts for the game, adapter and additional songs. Rocksmith+ is a subscription service that will provide *free* future updates. The subscription model will likely favour those who are interested in developing their guitar skills and dedicate many hours to the game. Casual players interested in testing the game will likely be turned off the idea of monthly payments. The video below has received a significant number of dislikes, with many comments criticising the move to a subscription model.

Subscriptions will be charged at $14.99 per month, $39.99 for a 3-month subscription or $99.99 yearly. Register to the PC closed beta today here, or pre-register for the Android app here to be notified when the mobile app is live. No word yet on the official release date.