You will have heard by now about the campaign that’s running against Simon ‘King of the Beavers‘ Cowell’s latest X-Factor protege. Instead of letting the doting housewives and goggle-box zombies claim another Christmas No. 1 for this year’s Winner Joe McElderry, we in the UK are all supposed to take the advice of this Facebook campaign and strike a blow against formulaic pop music by purchasing Rage Against The Machine’s “Killing In the Name Of” before Dec 19th.

Ignoring the irony of promoting an anti-mainstream, anti-capitalist message by advocating a purchase, it’s difficult to understand who this campaign is intended to make a difference to. The campaign page claims that it’s not making a personal attack against the high-waisted one, and objectionable as alternative music fans may find Mr. Cowell’s brand of pop and opinionated self righteousness, he’s not the source of the problem. He was instrumental in creating a format which appealed to the appetite of the masses, one that allows the public to be involved in a very emotional and challenging journey for a group of pretty young things, and he’s succeeded with the development of that format to an incredible extent. If his Wikipedia entry is to be believed, then he went from being deeply in debt and living with his parents at age 30, to earning $50,000,000 in 2008. That’s $5,700 for every hour of every day, including while he sleeps! If I were earning that sort of money I would wear the silliest trousers I could find, and wouldn’t give a stuff about anyone else’s opinion.

The X-Factor winners have all been glad to win, have all got the bite at the cherry of fame that they wanted, a lot of people that stay in and watch telly and call TV hotlines on a Saturday night have been mildly entertained, and a lot of bland pop music has been sold. What’s the problem? The singles charts haven’t been of interest to anyone who really takes an interest in music since “Mistletoe and Wine” was at the top for Xmas ’88. Mr. Blobby was at number one for Christmas in ’93, for goodness sake. Mr. Blobby! 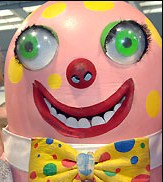 Even 15 years ago, the cool kids were listening to John Peel, not the chart show. You don’t like the X-Factor? That’s what the power button on your TV is for… Go to a gig instead; I promise you won’t find any Susan Boyle fans there.

This is what makes the internet, and the digital music revolution, and the availability of universally available music distribution so great. Everything is available to you equally easily – OK you might have stuff that you don’t want to buy thrust in your face, but it’s the advertising that makes the greater part of the services on the net financially viable. Spread your negative message on Facebook, but realise that it’s the ad revenue from the things you dislike facilitating the social networking vehicle you’re enjoying the use of – your revenge? Ignoring them. Musical evangelism is no different to any other kind of hectoring ‘I know better’ behaviour. If you are right, then you will succeed – like Simon Cowell has – otherwise you’ll just have to accept that most people don’t think like you. 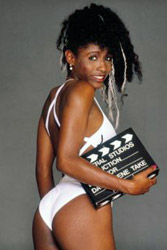 This, essentially is what Simon Cowell’s typically tetchy and short tempered response to the campaign was saying. ‘I’m a millionare 100 times over, what you’re doing doesn’t affect me, only this hopeful young man who I’m exploiting, and the show is successful because the majority of the public like it, so you can’t dismiss the majority.’ Don’t get me wrong, I dislike manufactured pop as much as the next Generation Y-er (for all that we’re a disparate band), and I understand the frustration, as does RATM’s Tom Morello:

“I think people are just fed-up of being spoonfed some overblown sugary ballad that sits on top of the charts. It’s a little dose of anarchy for the holidays, it’s good for the soul. It’s this big machinery that puts forward a particular kind of music which represents a particular kind of listener. There are a lot of people that don’t feel represented by it and this Christmas in the UK they’re having their say.”

Take comfort in the fact that the pop-puppet you find irksome has never heard of the bands you like, and inhabits a different sphere to you – you’re unlikely to bump into him in the crowd at the Download festival.

The campaign’s Facebook page endorses giving money to Shelter, a homelessness charity – maybe if we all send Simon a Myspace message he’ll donate half the revenue from the next series of X-Factor to them, he can’t need the money – especially if the rumour that he’s generating 70% of Sony’s music income is true.