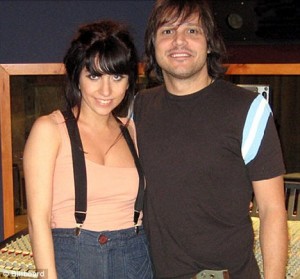 Stefani Germanotta, aka Lady Gaga is both suing and being sued by her ex-producer and ex-boyfriend Rob Fusari. Fusari, who has had two songs with other artists hit the top spot in the Billboard top 100, claims that he was instrumental in the creation of LG’s persona, sound, style and everything that has come together to make her so successful. There’s no doubt that he is partly responsible for the development of the Gaga entity, as he’s already been paid over $600,000 for the part he played, but he’s looking for a lot more: 20% of royalties (plays, sales, etc) and 15% of merchandising revenue (!!!). He’s got a contract that he’s putting under the court’s collective nose, but “The above described arrangement was structured in such a way as to mask its true purpose – to provide to the Defendants unlawful compensation for their services as unlicensed employment agents,” according to Germanotta’s attorneys.

Ex-lovers’ tiff or business-world backstabbing? The stakes are high in either case, as Lusari’s career and a huge chunk of revenue are riding on the outcome of the case. It all reminds me a bit of that Human League song… *sings* “You were working as a waitress in a cocktail bar…”