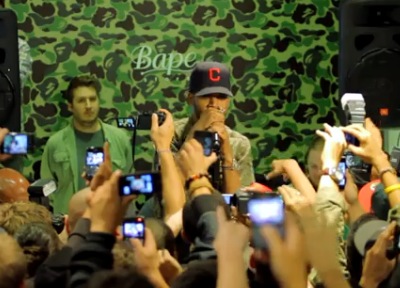 Kid Cudi performed some of his new tracks which will be featured on his upcoming album Man Of The Moon II: The Legend Of Mr. Rager at New York’s BAPE. Bape does seem like an odd venue, but Bape gave Kid Cudi a job back when he was struggling in New York. This has to be the sign of an artist with a very strong fan base! Kid Cudi only used Twitter and Facebook to promote the show and as you can see from the video below there was a great response.