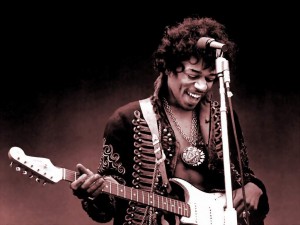 Jimi’s Hendrix’ London home will be open as part of the commemorations of the 40th anniversary of his death. The Mayfair flat will be open the week starting September 15th and closed again on the 26th.

The apartment was previously occupied by composer George Handle up until 1759. Sarah Bardwell, the director of Handel House said, “After moving to Brook Street in 1968, Hendrix learned of the Handel connection with the building and headed to One Stop Records in South Molton Street and HMV in Oxford Street to pick up whichever records of Handel music he could find. He was obviously intrigued by the connection and were pleased to celebrating his own legacy today”.

Tickets for the Hendrix in Britain exhibition will cost £8 and can be purchased from June 1. For more information, click here (HandelHouse.org). and scroll down for contact details.