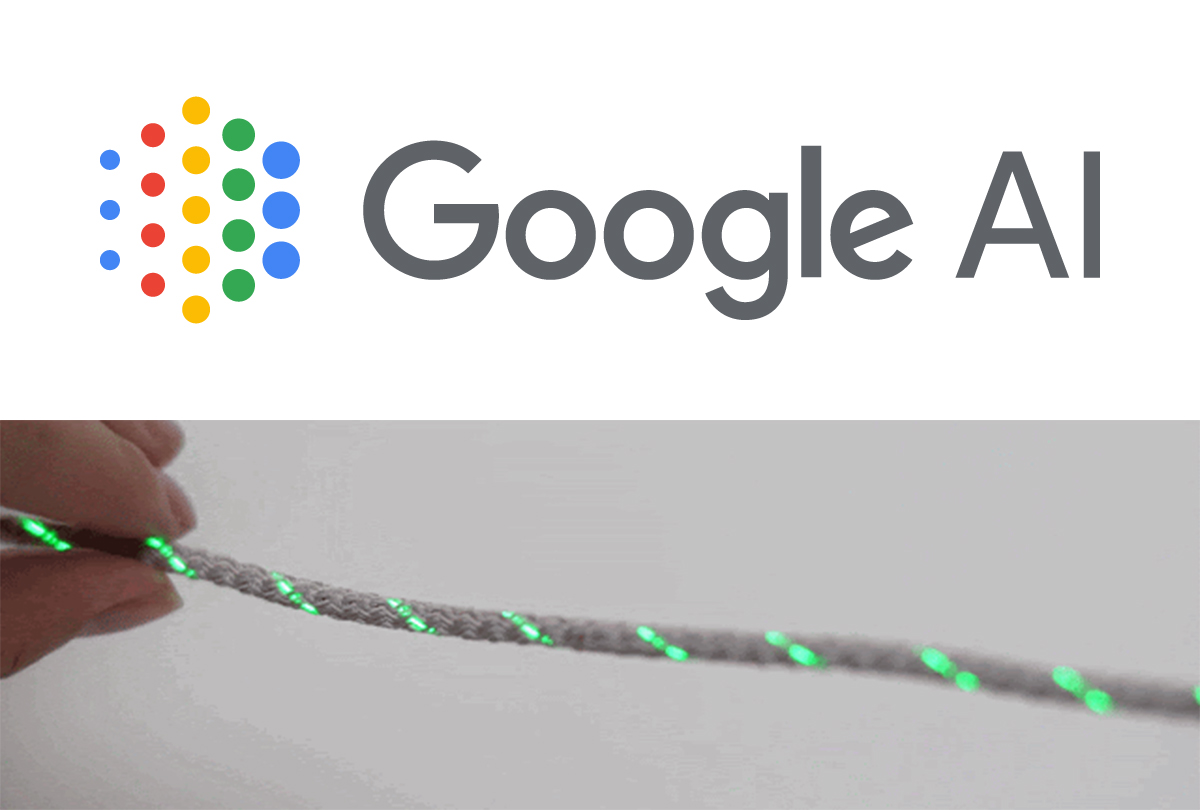 I/O Braid is research project from Google. Their demo shows how a headphone cable embedded with touch sensitive conductors could be used to control music with a pinch, pat, squeeze or swipe on the fabric cord.

The cable uses a “helical sensing matrix” to register commands. Capacitive and conductive yarns are woven into the braid allowing for 360 degrees of visibility across the entire cable. Fibre optics can also be woven in to provide visual feedback.

The experimental debut of the technology is by no means the final product or something we’ll see in the near future. Rather I/O Braid is a concept that could be integrated into other products such as the power cord of a speaker or hidden in a hoodie string for invisible phone controls.

Google reports 94% accuracy for different gestures. Impressive for an early test, but will need to be improved before being implemented in your next piece of clothing. It’s easy to see how accidental commands could be an issue on something that moves a lot like a hoodie.

Watch the video below to see how the cable distinguishes between different commands.