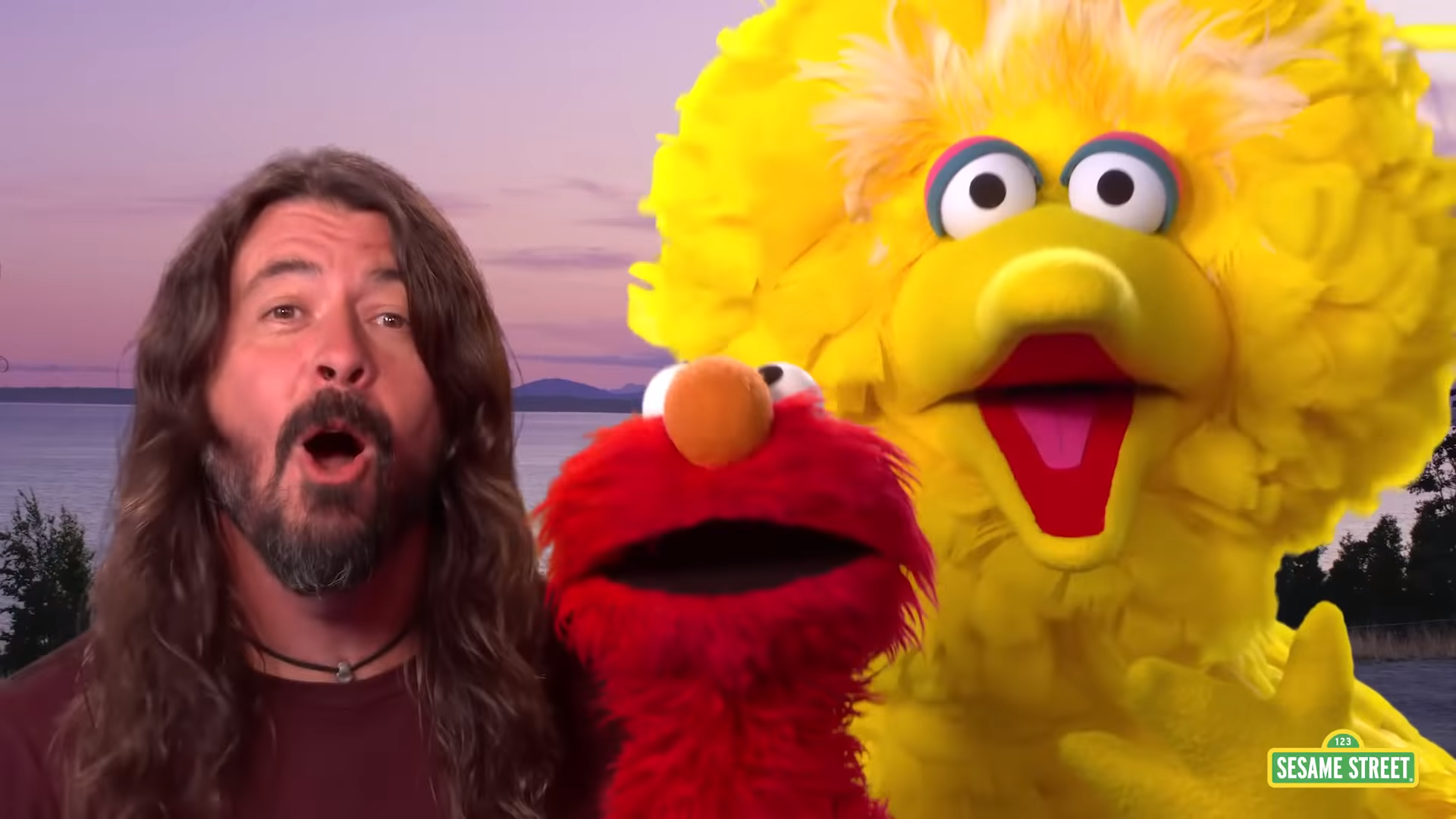 Once a drummer for the biggest grunge band the world has seen, now Dave Grohl is doing sing-a-longs with Elmo and Big Bird and it’s just as uncool as you imagined.

Forever rock’s coolest sad boy, Kurt Cobain, once said that Dave Grohl was such a great drummer he wouldn’t bring John Bonham back to life to replace him. But the cred you get being a core member of Nirvana only takes you so far, and singing a song along with Sesame Street’s Elmo and Big Bird is a pretty sure fire way to ditch any of that remaining cred.

But hey, Dave Grohl is for the kids man… and Sesame Street does get some cool people. With Ian McKellan appearing on the kid’s show, maybe being on Sesame Street actually makes Grohl cooler? Here he is, you decide: