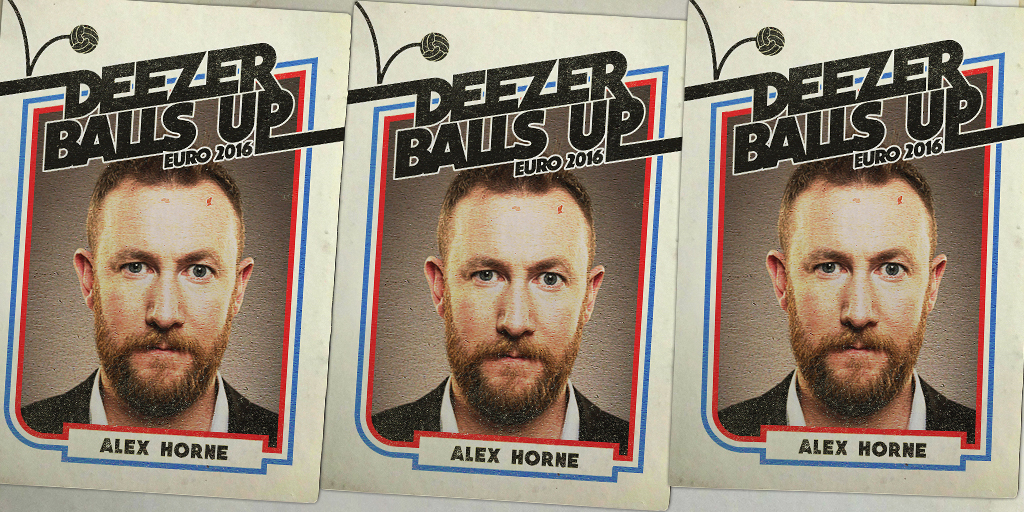 Deezer have announced their first ever podcast following the biggest news of the Euro 2016 tournament.

Led by British comedian Alex Horne of The Horne Section and 8 Out of 10 Cats Does Countdown fame, the podcast will feature Horne taking on all the big news on and off the pitch for this summer’s Euro 2016 football tournament.

Deezer’s managing director for UK and Ireland, Christian Harris said: “This marks our first foray into original talk content for the UK market, and following suit from our successful tongue-in-cheek TV advertising we are sticking with the comedy route with our Balls Up series. We are excited to see what football fans think, and will look to create more original content in the future based on different passion points.”

Deezer say that in the show Horne will answer questions like “Which player looks most like a ghost this week?” and “Which team has the best beards?”. It’s clear the podcast will have a comedy focus, they did hire a comedian to host it after all, with guest comedians like Carly Smallman and Michael Legge appearing in it at some point.  It will still cover the essentials of Euro 2016 with guests like football writer Philippe Auclair.

Deezer got involved with sport on their streaming service last year when they added live premium sports, on top of their music library of over 40 million tracks, and their talk and entertainment offerings including more than 40,000 podcasts.

You can listen to the podcast, aptly titled Balls Up, here now.