The BBC have just added their radio stations to the iPlayer. A lot of press were talking about a possible BBC music streaming service, but it seems like it was all hype over nothing.

The radio stations are a good addition to UK users who use the iPlayer, but it doesnt really change anything in the marketplace. All the BBC radio stations are avaible to listen to anywhere in the world using the TuneIn app on iPhone, iPad and via the web app.

Shame the BBC has really tried to spice things up! 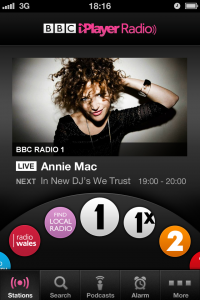 Apple have detailed updates coming to their podcast platform next week and plans for Apple Podcasts Subscriptions due in May.

The Hi-Fi music streaming race: Is HD audio the next big thing?

High definition music is quickly moving from a boutique service to a standard offering, so what does this mean for music streaming and listeners around the world?