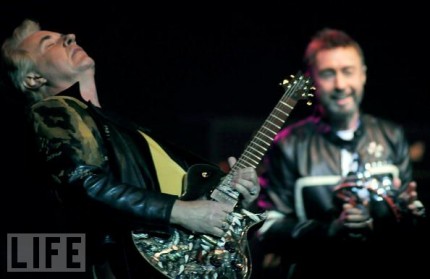 It been thirty years since the original members of Band Company performed together in the UK.

Plans to play eight dates in the UK during April next year have just been set in stone, and with all the original band members no less. Singer Paul Rodgers, drummer Simon Kirke, guitarist Mick Ralph and new bassist Lynn Sorensen. The last time the founding members reunited on stage was back in August of 2008 when they performed at the Seminole Hard Rock & Casino in Hollywood, Florida.

Original and current singer Paul Rodgers, in his stint away from Bad Company, enjoyed some success with the remaining members of Queen. A tour that managed some success and eventually climaxed in an album together, The Cosmos Rocks.

Although there is no news of any further plans for Bad Company yet beyond their short tour next year, the band are releasing a DVD/CD box set in February. Ticket are on sale from 20th November (tomorrow). Tour dates are as follows: