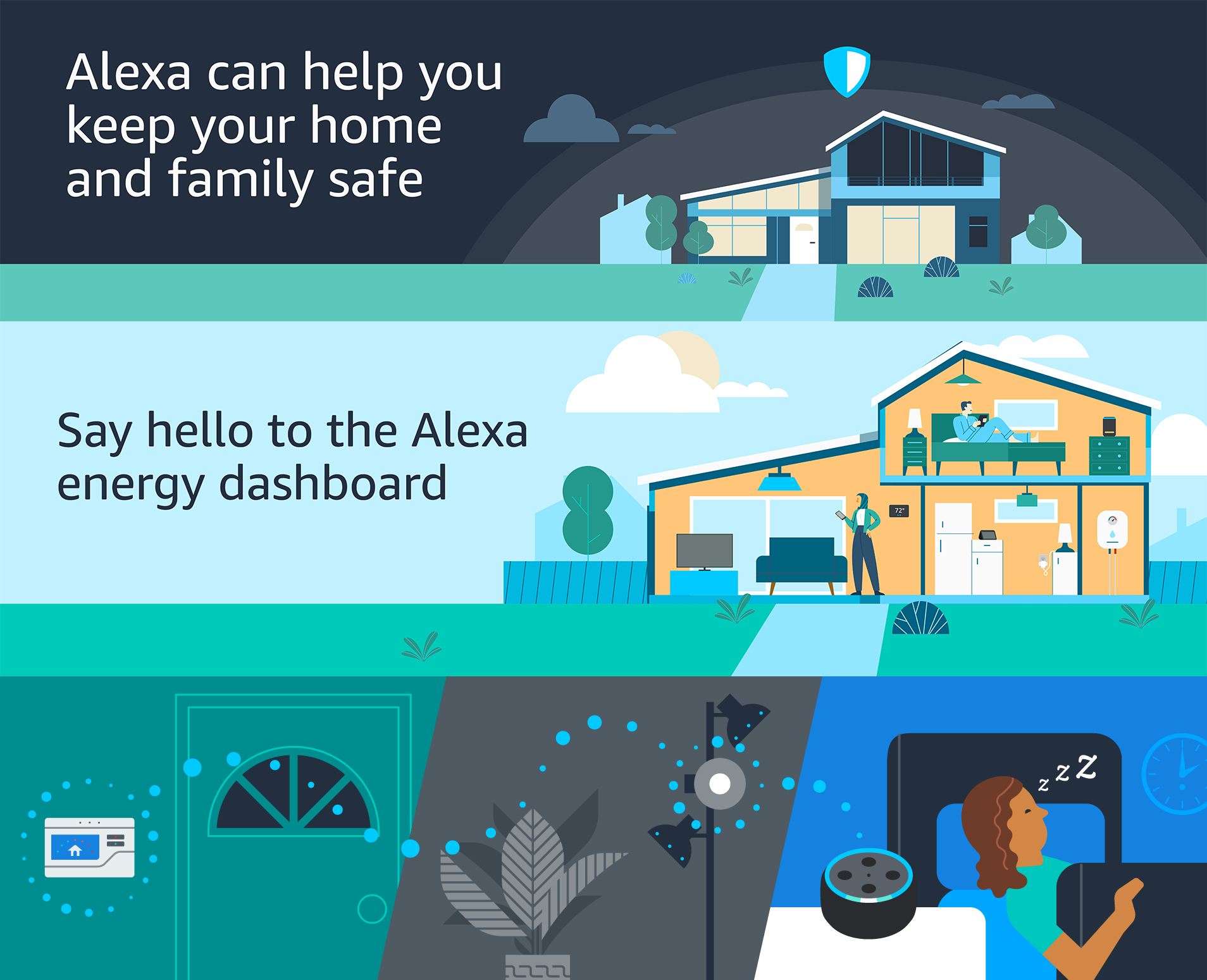 Amazon have launched three new Alexa features in the US, aimed to help keep your home secure, energy efficient and smarter than ever.

Alexa Guard Plus is a subscription service on top of Alexa Guard. Alexa Guard is a free service available in the US on Echo devices such as 3rd and 4th generation Echo Dots, 4th generation Echos, Echo Studios and some Echo Show smart displays. Simply tell Alexa you’re leaving the house and you’ll receive mobile Smart Alerts when your Echo device detects sounds such as a smoke alarm, carbon monoxide alarm or glass breaking. Tap the notification on your phone to hear what Echo heard and Drop In for live audio. While you’re away, Guard can switch connected lights on and off to give the appearance you’re still at home.

Unveiled in September and now officially launching in the US, Alexa Guard Plus provides an extra layer of security. Subscriptions are free for 30 days, then $4.99 per month or $49 per year. Guard Plus is included with Ring Protect Plus plans at no additional cost. Guard Plus works with smart security devices from Ring, ADT and Scout Alarm to arm systems simply by telling Alexa you’re leaving.

Guard Plus gives users more Smart Alerts, intruder deterrents and access to a 24/7 Emergency Helpline. Echo will recognise more sounds such as footsteps, talking or a closing door while you’re away. If Alexa detects any of these sounds, your Echo can play a siren, or if motion is detected on a camera, Echo can play a dog barking as a deterrent. Commands such as “Alexa, call for help” can call the Emergency Helpline who can request emergency responders.

Alexa Guard can be set up in the Alexa app under More, Settings, then Guard.

Other new Alexa features that debuted in the US alongside Guard Plus, include a new Energy Dashboard, that’ll tell you how much energy your Alexa-connected smart home devices consume such as smart lights, plugs, switches, water heaters, thermostats, TVs and Echo devices.

Proactive Hunches controls your smart devices in your home such as lights, thermostats and vacuums based on your daily habits. For example, tell Alexa you’re going to bed and she can either let you know a light is still on in the house, or automatically turn it off. If you usually leave a light on at night, Alexa will learn this sort of behaviour. Or perhaps turn on the vacuum, turn down the water heater and thermostat as you leave for work. Hunches are enabled by default and can be controlled in the Alexa app.