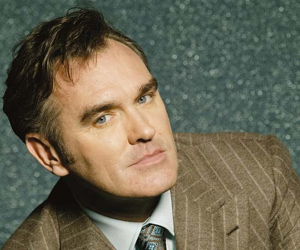 Morrisey is passionately asking fans NOT to buy albums/singles.

Hitting the shelves late this year will be a box sets dedicated to Morriseys/Smiths music, “the singles 7” 89′-91′ “released on October 12th. Twinned by a the HMV/Parlophone singles 91′-95′ on November 2nd. Both sets will contain around 9 (according to the NME) 7″ singles complete with B sides and with the optional original packagin.

However an statement has been issued by Morrissey regarding a royalty crisis:

Morrissey would like it to be known that he has not been consulted by EMI/HMV/Parlophone with regards to two forthcoming boxed sets of Morrissey singles. Morrissey does not approve such releases and would ask people not to bother buying them. Morrissey receives no royalty payments from EMI for any back catalogue, and has not received a royalty from EMI since 1992. Morrissey also does not approve of, and was not consulted on, the Rhino box of Smiths CDs, or the Warner releases of Smiths LPs on 180 gramme vinyl. Morrissey last received a royalty payment from Warners ten years ago, and, once again, he would ask people not to bother buying the reissued LPs or CDs.

But there is an enormous amount of fans of either Morrissey or just music in general that don’t necessarily feel that anything wrong has occurred. Rumours are flying that Morrissey signed a contract to release royalty rights to the mentioned distributers, for a large undisclosed figure and cannot acctually claim rights for Smiths music between 1989-95.

RouteNote though, for what its worth are with Morrissey. What do you think?

Want to get your hands on a new Zune HD now? Well sorry but you cant. Here is a video of someone else with their hands on a Zune HD.

The Prodigy have announced that they are touring early in 2010.

The tour will last just six days during January of next year and will start in Doncaster on the 21st and will finish in Bournemouth on the 27th dubbed the ‘Run With The Wolves Tour’ the band have assured the public that they want to start 2010 in the UK, and want to include the places that they missed out last tour.

The band are set to release their new single “take me to the hospital” on 31st August,  from their latest album “invaders must die”.

Tickets are available on friday 14th at 9.30am. 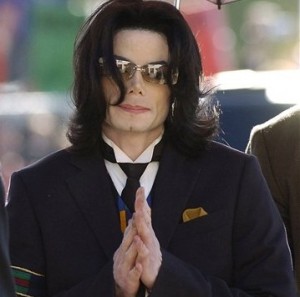 The super group featuring Dave Grohl of the Foofighters, Josh Homme of Queen of the stone age and John Paul Jones Of Led Zeppelin made their live show debut last night at Chicago’s Metro.

The legendary collaboration melt faces under the name “Them Crooked Vultures”. At the exclusive event which sold out, the band went on around midnight (EST) with Grohl on the drums, Homme vocals and guitar and Jones on base and keyboards.

information on the event is still limited but you can watch some fan footage of the gig at www.nme.com/news.

The world has just about bypassed the era of being on the cusp of everything going digital. The resulting climate now is one of fierce competition of companies and developers trying to out do each other and re-invent themselves.

The vision of Grooveshark.com is to bring people and music closer together by making the whole process of finding the song you want that much easier. Whilst doing their bit to change the way the music industry is run to ways they seem so unwilling to consider. Grooveshark.com offers ways for listening to the old classics or the most up-todate numbers without having to worry about those ugly file sharing sites that seem to be nipping at everyone’s feet.

Grooveshark over the last few months have been successfully talking to a confident amount of copyright holders about licensing agreements and to distribute their content in a way that will be mutually beneficial to both parties.

In a nutshell, Grooveshark seems to be the sort of

website that hundreds, probably thousands, of music fans have dreamed of. Easy, Legal and free way of just quickly sticking on that song that that girl told you about last night, or an awesome song you want your mates to hear. Grooveshark.com is a music site made for music fans by music fans. Sam Tarantino (founder anc CEO) and Douglas Bell (Network and systems administrator) themselves are both musician and are obviously the kind of people that now what people want, and as genuine music fans know what music fans want. But the difference is they have gone and made it happen.

We love you Grooveshark.com keep up the good work.

Disclosure: Grooveshark is a partner of RouteNote