Later today Apple will launch the iPhone 7 and hopefully reveal when we can expect to see iOS 10 which comes with an overhauled Apple Music app.

Apple Music has had a successful first year, earning subscribers at a phenomenal rate and having racked up 15 million users by their 1 year anniversary. One of Apple Music users’ biggest gripes however has been it’s design and user interface which many complained was lazy, ugly and broken.

Now over a year since it’s launch we’re close to seeing a “refresh” on Apple Music with the launch of iOS 7. Revealed by Apple in June at their Worldwide Developer’s Conference the update gives Apple Music a refined look and some extra features that look to flesh the app out to one deserving of the world’s richest company’s music streaming service. 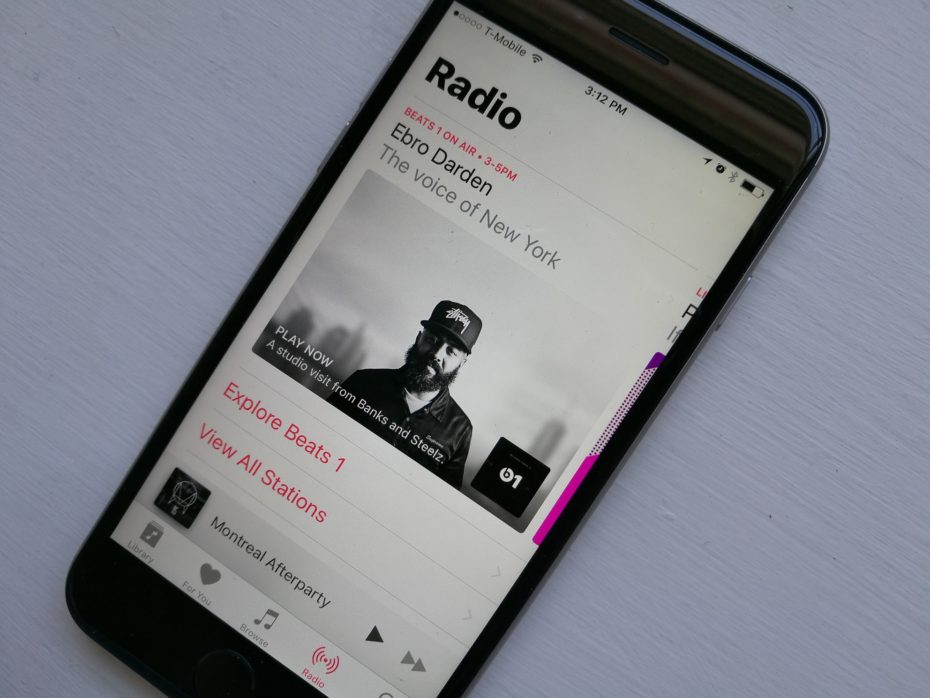 Whilst Apple retains it’s feature selection at the bottom of it’s app there are now 4 instead of 5 sections, with Connect being demoted to the profile pages. This tidies up the selection bar whilst also showing Apple understand which features people care about as the underwhelming social media style of Connect didn’t work as a prominent feature of a music streaming service.

Elsewhere Apple have made some changes to the aesthetic that gives Apple Music a more confident, professional look such as it’s new thicker bold font for page titles. To navigate through parts of the app Apple have added a carousel design so you can flick through selections of shows, artists, albums, etc. This allows pages to make more use of their verticality and hides features you don’t want to browse through.

The updated Apple Music comes with some new features to make the app more appealing including, at last, lyrics integration so you can sing along to your favourite tunes. A number of new playlists from Apple themselves will come with iOS 10 including a weekly curated playlist based on your constantly evolving listening tastes, much like Spotify’s popular Discover Weekly playlists.

The ‘For You’ section of Apple Music has gotten a spring clean doing away with all the recommendations of before. For You now features a Recently Played section, Artist Spotlight playlists, New Releases For You, and the old recommended playlists and albums lists have been compacted to a carousel so you can easily navigate. 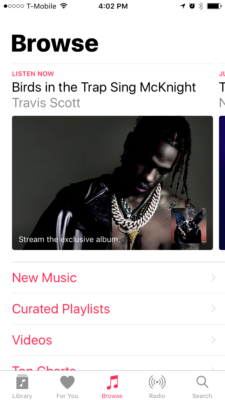 The New tab has been renamed Browse and has also been tidied up from it’s original overwhelming selection of just about everything. Browse is now headed by a carousel of the biggest new music and content with a selection of sections beneath: New Music, Curated Playlists, Videos, Top Charts, and Genres.

My Music has now become ‘Library’ and represents your music collection better with larger artwork visuals and playlists integration meaning you don’t have to switch between sections for your music and your playlists.

One part of Apple Music’s app that remains untouched is Beats 1 radio. Beats 1 has been praised as the highpoint of Apple Music and the standout feature of a music streaming service that doesn’t really do anything else different or better than competitors. Headed by the infamous Zane Lowe and supported by permanent DJs/hosts Ebro Darden and Julie Adenuga the station is online 24/7 and features appearances from some of the world’s biggest artists, exclusive music reveals, guest hosts and much more.

Watch Apple’s iPhone 7 launch event later today, when they will hopefully reveal the launch date of iOS 10 and the overhauled Apple Music.

Check out these rising rappers set to put out the hottest new hip-hop releases in 2022.