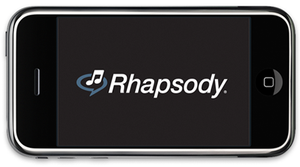 Rhapsody has announced their music streaming service is now available in Germany and the UK via their Napster deal. A few months ago it was announced that Rhapsody acquired Napster, but that was for the US assets, thus they needed to signed a deal with the remaining Napster service in Europe.

Spotify is yet to launch in Germany to compete with Napster and Simfy, but this is expected to change very soon!