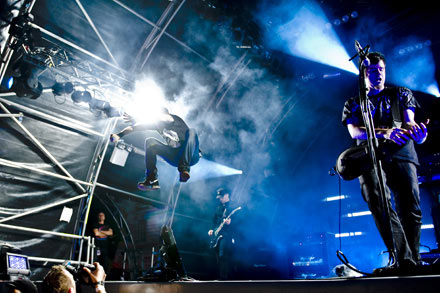 Pendulum has just grabbed their first UK number 1 with Immersion. The Australian drum & bass/rock outfit took the top spot in from of the Rolling Stones’ “Excile on Main St.”.

Warner Music also claimed the week’s second-bestselling album as Michael Bublé’s “Crazy Love” (Reprise), which received additional promotion around his recent arena dates in Britain, rebounded 19-2. The album, which had already sold close to 1.2 million copies by the turn of the year, is now five times platinum for U.K. shipments of 1.5 million.

well this is what happened when you go through the dance industry making commercial music based on the simple principles of a genre… to the then perfect, get big enough and then ‘become’ a band ‘image’ with some now major promotion…. personally i think it’s this kind of pop idol approach that is killing electronic music in the UK and the dance industry that once remained.