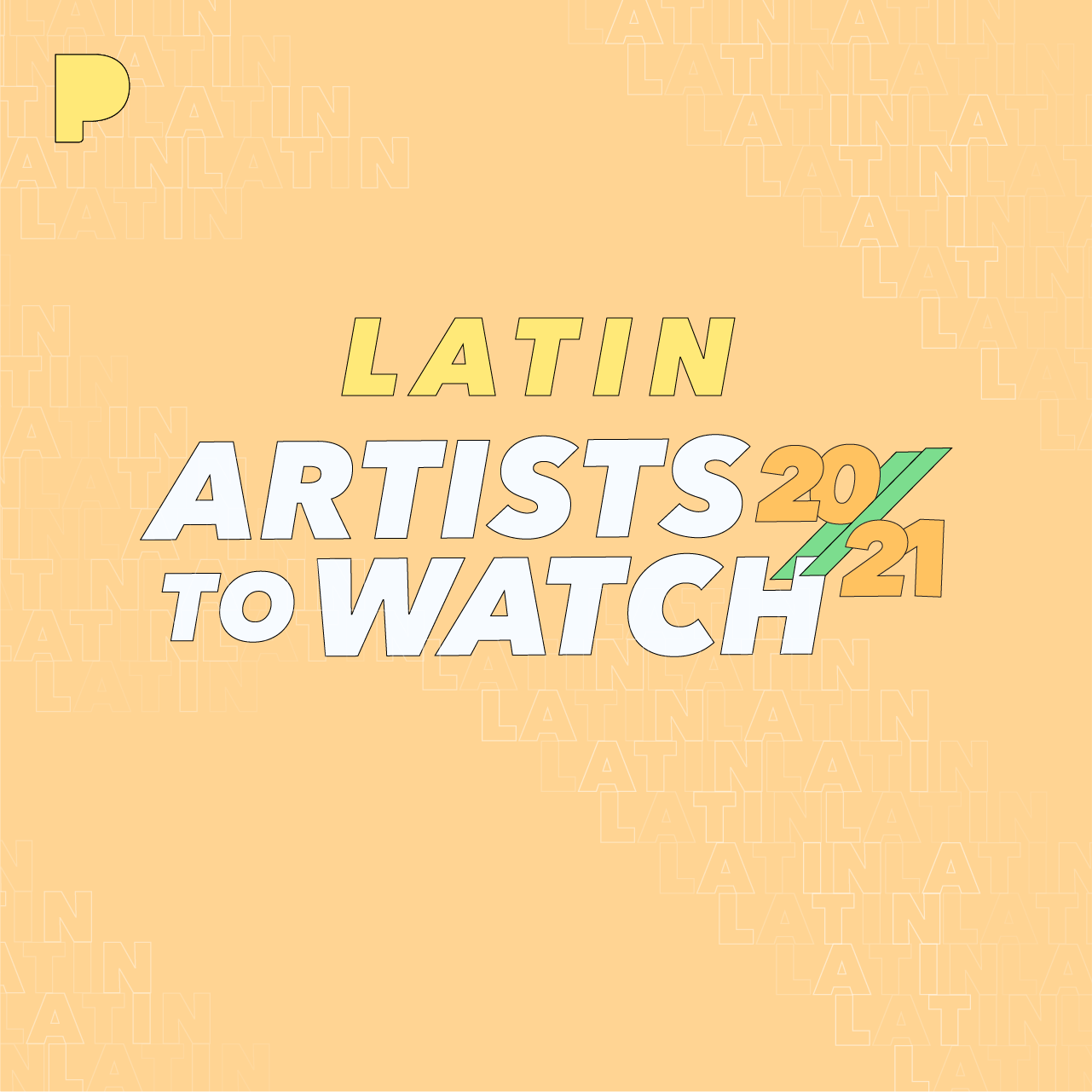 With 2020 coming to a close, Pandora and their curators have analyzed music industry trends and data to predict who will break out in 2021.

Spanning many different genres from hip-hop to alt-rock, Pandora have got something for everyone with their Artists to Watch 2021 list, plus dedicated choices for Latin and country music.

All images and info below comes from Pandora.

Los Dos Carnales have emerged as perhaps the biggest viral stars in Regional Mexican music in 2020. Their audience steadily grew into the new year and exploded with the release of their smash hit, “El Envidioso,” in April. Natives of Coahuila, Brothers Poncho Jr and Imanol Quezada have made a name for themselves with a sound rooted in the classic tradition of norteñas, embellished with clever lyrics and a modern perspective. They have consistently put song after song on the Pandora Top Spins Chart, with their latest, “El Borracho,” debuting on November 30th, making them amongst the most popular Regional Mexican acts on Pandora.

Break-out success in the reggaeton genre is hard to come by and those who do achieve it usually have one thing in common: they’ve been at it for a long time. José Ángel López Martínez, AKA Jay Wheeler is that dude. On the strength of his unique voice and vision, he blew up organically in his native Puerto Rico, and has now established himself in the mainland US, landing on Pandora’s Trendsetters Chart for 23 straight weeks. Look for that growth to explode with the release to remixes this month of his breakout single, “La Curiosidad.”

Kiko El Crazy, AKA Jose Alberto Rojas Peralta is coming for the crown in Dominican Dembow. Distinguishing himself with a vibrant look and style, Kiko propelled his persona off the island with a clever and relatable modern take on Dembow, a command of viral promotion and a ton of big artist cosigns. In the last year, he’s released music with Ozuna, Jowell Y Randy, Darell, El Alfa, Rita Indiana, Toño Rosario and Steve Aoki, to name just a few. Look for the remix of “Popi” with Farruko and El Alfa to further punctuate his name this month.

Anchored by the songwriting, requinto and voice of Pedro Tovar, and rounded out by the melody and low-end of Gabriel Hidalgo and Bryan Tovar, respectively, Eslabón Armado blew up out of the gate this year with their debut full-length album, Tu Veneno Mortal, quickly followed by, Vibras De Noche, released in July on Del Records. Easily one of the most impactful new Regional Mexican groups to emerge in 2020, Eslabón represents another voice in the new crop of artists changing the direction of modern Mexican music. With none of the members over the age of 19, it’s easy to understand why they have resonated with young fans on Pandora.

Raised between Miami, Puerto Rico and Venezuela, and now firmly rooted back in the Miami music scene, Elena Rose has already had an impact on contemporary Latin music with songwriting accolades that include Becky G’s “Dollar” and Rauw Alejandro’s “Tattoo,” to name a few. Always enamored with performance, she built on this success as a solo artist in 2020 with a string of singles that show her to be a forward-thinking innovative and edgy artist, the most recent of which, “No Voy a Cambiar,” exemplifies the talent and confidence of this young artist. Check her just R&B-flavored Christmas slap, “Santa Para Que Porfa,” which just released for a taste of what we can expect in 2021.

You already know who Rike Music is. Panamá-born Manuel Enrique Cortés Cleghorn has had his production credits melodically shouted out by Sech in what seems like almost every song. Truly one of the original architects of the laidback Panamá urban R&B/Reggaeton sound that Sech has elevated to astronomical levels, Rike Music, like his compatriot and fellow producer Dímelo Flow, is making a play for the spotlight in 2021 as part of the Rich Music roster. Look for bigger collaborations and a lot more shout outs.

Introducing Kevin Manuel Rivera Allende. You can call him Kevvo, and he is one of the most visible young artists putting the edge back in Puerto Rican Reggaeton. Anything but mellow or overly romantic, Kevvo’s rapid-fire flow and lyricism is chopping heads in 2021. Under the guidance of Pepe Quintana and Interscope Records, he’s had a string of high-profile singles and remixes that have positioned him collaborating alongside J Balvin, Farruko, Myke Towers and Árcangel, amongst others. On the strength of these efforts, Kevvo has landed on the Pandora Predictions Chart multiple times this year, with a trajectory that continues to head upward and his full-length, Cotidiano, releasing in 2021.

Under the seal of Banda MS’s Lizos label, bandleader Sergio Lizárraga brought together two accomplished songwriters in Johnny Zazueta and Omar Tarazón to form Los 2 de la S, a project that stands out in the banda genre as being poised for success by design. The combination of solid compositions and a natural chemistry between the two front-men came into focus on their second full-length release this past summer, La Barda Me Volé. In a genre that is notoriously slow to warm up to new artists, Los 2 De La S were instantly embraced by audiences on Pandora’s popular Regional Mexican station, RMX. 2021 looks to be a year in which they continue to extend their reach in both the US and México.

With Medellín getting a lot of attention in the last 10 years for breeding reggaeton stars, La Costa de Colombia has been reasserting its musical prowess in a big way of late. Born in Barranquilla, Colombia and raised in Marcay, Venezuela, Brandon De Jesús López Orozco, known artistically as Beéle, is one of the first artists to have propelled out of the Barranquilla scene, first with hometown label and hitmaker Bless Music and then with DJ Luian’s Hear This Music. He possesses a voice that seems too mature for his baby face and seemed to come out of nowhere with the “Loco Remix” in 2020, which featured Farruko, Natti Natasha and Manuel Turizo, raising his profile exponentially.

Abel Osvaldo Díaz Rodríguez is El Chulo, the Havana-born, US-based artist who is poised to put cubatón back into our vocabulary. Releasing his debut album, El Presidente, this past October, El Chulo flexes over a decade of professional experience into a seasoned and highly stylized effort that pits him at the crossroads of old school and new school Cuban urban music. Judging from the amount of studio photos of him on IG with heavyweights like Farruko and Jhay Cortez, 2021 will see El Chulo breaking out and representing Cuba with a unique and necessary fresh perspective.

A native Obregón Sonora, Ingrid Contreras follows in a long line of young Mexican singers that have navigated two musical worlds; that of the contemporary and the traditional. Falling firmly into the vein of contemporary pop-mariachi, her debut release, Cu4tro, was a well-calculated balance of power ballads and tightly arranged mariachi-backed dedications of love and heartbreak. With the guidance of the ShowBusiness label, Ingrid continues to release singles to close out the year, most recently, “A Quién Quiere Engañar,” which was featured in the Televisa telenovela, “Quererlo Todo.”

Junior H, born Antonio Herrera Pérez, started virally bubbling to the surface on Pandora in early 2019, fueled by his unique take on the corridos tumbados genre that could almost be described as emo, with his introspective lyrics and modern instrumentation.  Fueled by a rabid fanbase, he was a constant on Pandora’s Trendsetters Chart for 36 straight weeks, pushing him into 2020 with big expectations and the backing of the unstoppable Rancho Humilde label. As this year ends, he has three albums under his belt, with Cruisin’ With Junior H debuting at #1 on Billboard’s Top Latin Albums and Top Regional Mexican Albums chart this past September, as well as signing a deal with Warner Latina/Atlantic Records. You could say 2021 looks promising.

Ovy On The Drums

“Ovy On The Drums” is the ubiquitous callout that seems to accompany some of the biggest hits in contemporary Latin music. Ovy is Medellín-born hitmaker Daniel Echavarría Oviedo, and after “Tusa” with Karol G and Nicki Minaj dropped at the end of 2019, his production and songwriting credits keep multiplying. With catchy melodic hooks and a tempo that often sits in the lower BPM range, his production has created earworms for artists like Karol G, Anuel, Maluma and Paulo Londra. Ovy will also continue to develop himself as a solo artist, which shouldn’t be difficult given that everyone already knows his name. Expect new singles in the first half of 2021.

After more than a decade with Piso 21, Medellín-born Juan David Castaño, or Llane, began his trajectory as a solo artist at the end of 2019. His Sky Rompiendo-produced debut single, “Más de Ti,” set the stage for a string of releases that established him as a polished modern-day crooner, with a smooth delivery and warm presence on the mic. Falling in between pop ballads, reggaeton and R&B, Llane is the type of artist that can pair well with anyone. His most recent hit, “SERÁ,” with Manuel Turizo is evidence of that, and has helped him to propel his popularity in the US. His full-length debut, Presente, is in production and slated for a 2021 release.

Chesca deserves everything that’s coming to her, having overcome huge obstacles to get the point where she is today in her young career. That tenacity is paying off, as she appeared, seemingly out of nowhere, with a string of buzzing releases in 2020. Collaborations with Pitbull, Árcangel and Jon Z landed her on Pandora’s Predictions Chart earlier in the year and her momentum continues to build heading into 2021. Her voice and stage presence show a maturity that comes with experience and natural ability, making her a very compelling artist to watch.

Argentine rapper Nicki Nicole (Nicole Cucco to her parents) has made big inroads this year, as she pushed into international markets, having already become a sensation in her homeland. The 20 year-old battle rapper turned singer landed on Pandora’s Predictions Chart this summer on the strength of the release of her breakout single, “Colocao,” and rode that momentum to a Best New Artist nomination at this year’s Latin Grammys.

Part of the Trapical Mindz collective out of Santa Marta, Colombia, producer, singer and guitarist Miguel Ángel Ospino, or Yera, has a breezy vibey sound, fitting of his Caribbean roots. Further putting the Colombian Atlantic coast on the map along with fellow Trapical Mind, Lalo Ebratt, Yera’s guitar-led production has captivated his fellow countrymen as well, with collaborations coming in 2021 with Greeicy and Cali y El Dandee to kick off the year.

Phoenix native Danny Félix is one of the original architects of the corridos tumbados sound that has swept over Regional Mexican music in the last two years. A composer, producer, singer and one of the standout guitarists in the genre, his production credits include Luis Coronel, Natanael Cano, Tito Torbellino Jr, and many others. With a distinct style that is always evolving and incorporating different influences, Danny is pushing the boundaries of what contemporary Mexican music can do. Expect the full-length, Vuelve, releasing in early 2021.