Apple have revealed when iOS 10 will be dropping onto iPhones, bringing with it an updated Apple Music that fixes the issues users have had since it’s launch last June.

At yesterday’s iPhone 7 launch event Apple revealed the new iPhone which looks very nice, but what we’re really interested in is the updated Apple Music that comes with iOS 10. Apple have revealed iOS 10 will be available on compatible devices from September 13th.

The update overhauls a number of elements in the app which, despite it’s popularity, users have complained about the design of since Apple Music’s launch. The majority of updates are aesthetic changes to improve the look of the app as well as making navigation easier. Design changes include no more Connect tab, simplifying the navigation tabs at the bottom, carousel (flick through horizontally) lists to save vertical space, and some other changes to keep the app looking fresh and attractive. 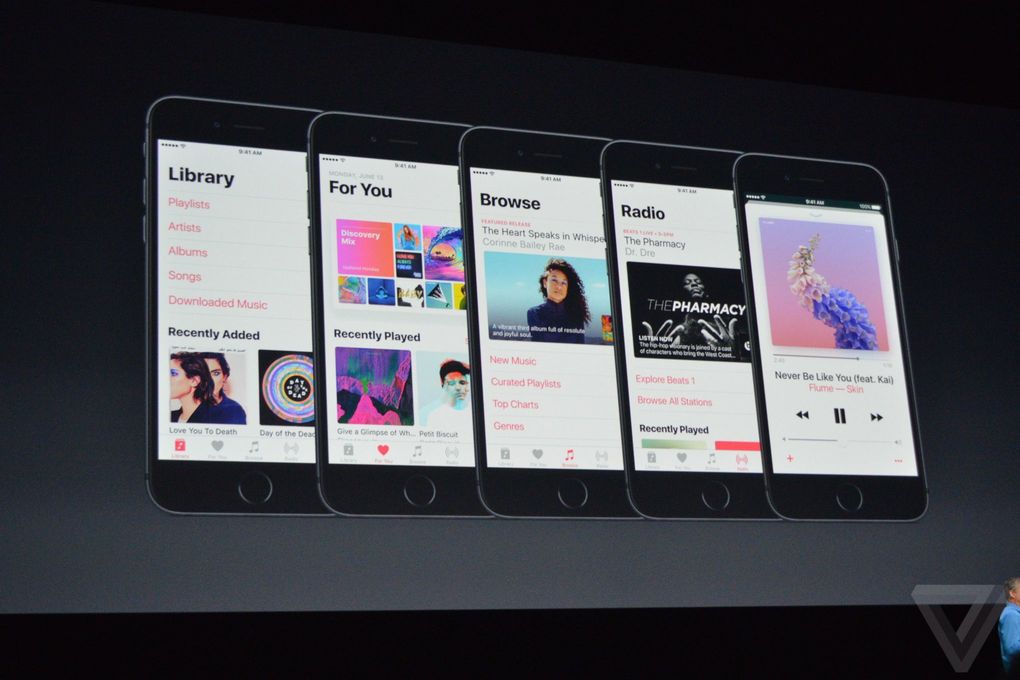 Whilst there are no major feature overhauls the update will come with two new playlists that up their competition with main rivals Spotify. The most notable of the playlists is ‘My New Music Mix’, a weekly playlist from Apple Music that presents users with a 25 track selection of tracks based on the music they listen to. If that reminds you of Spotify’s incredibly popular Discover Weekly playlist that’s because it pretty much is, but whether Apple’s algorithm’s can provide as popular collections as Spotify has been will have to be seen.

Apple’s CEO Tim Cook has said that iOS 10 will be Apple’s “biggest iOS release ever” with new features including Siri integration in apps, deeper integration of 3D touch (a feature that will also be integrated into Apple Music with the update) and much more. You can find out about all of the features coming with iOS 10 here.

Tim Cook also announced at the launch event that Apple Music now has 17 million subscribers, compared to their last announcement of 15 million. Whilst this is decent growth it is way behind Spotify which has grown from 30 million paying subscribers to 39 million in the past 6 months.

You can find out more about the updated Apple Music coming with iOS 10 on September 13th here.