Instagram recently teamed up with Nielsen to find out how important music is to their 400+ million fans. Nielsen managed to come up with some fascinating results that shows users of the image-focussed social media actually value music quite highly.

The study asked a group of 3000 Instagram users various questions and compared the results to the general population (in the US). The most notable finding was that Instagram users were more likely to use music streaming services and even twice as likely to pay to stream music. It found that 90% of Instagram users stream music compared to 76% of people in general. The report also showed that YouTube was the most commonly used service followed by Pandora and then Spotify. 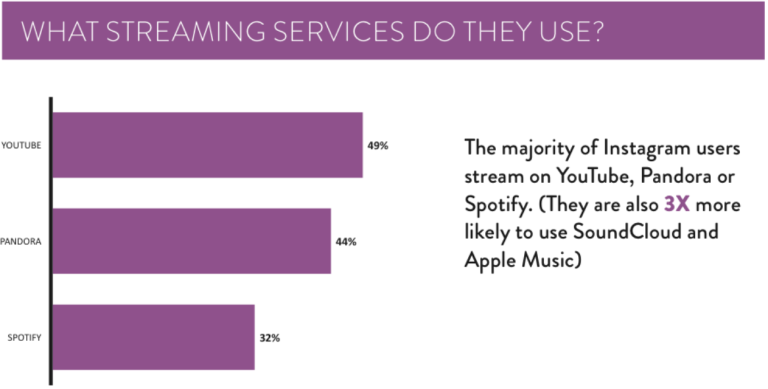 In addition the study found that Instagram users were more likely to pay for music and music-related items in general and spend 30% more time listening to music than others. The study also looked at which genres Insta-fans listen to and how music plays into their personal lives. You can see the rest of the findings below. 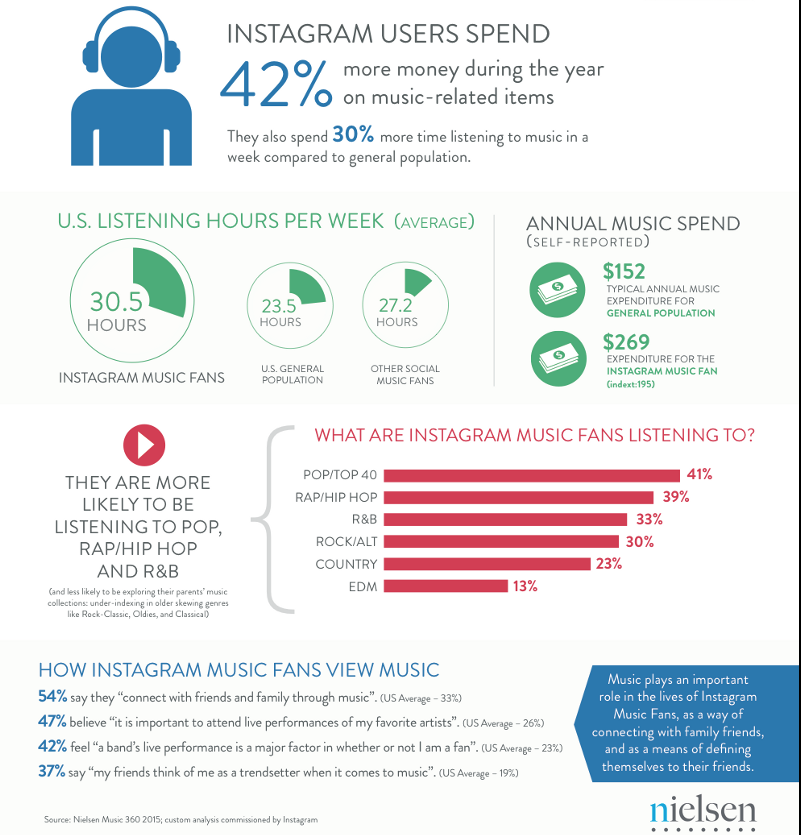 Though Instagram is a platform for uploading photos it has become synonymous in the music industry as a brilliant platform for marketing and reaching out to fans. With the ability to add videos artists can tease snippets or share pictures of their gigs, recording etc. Instagram even recently added the ability for regular users to add clips of songs they like from streaming services. Not convinced? 6 of the top ten Instagram accounts are artists. Social media plays a giant role in getting your music out there in the modern music industry and Instagram are proving themselves a part of that, and this study assures that.

So to any artists reading this, get yourselves out there on social media! Yes, even Instagram.

Music exceeded one-trillion streams in the US in 2019 alone

Image credit: Nielsen Music, MRC Data via Statista According to provider of music sales data Nielsen Music/MRC Data, the US streamed a total of 1.15 trillion songs by the end of 2019. The end of…

Bandcamp Live is likely to become an essential tool for musicians during this uncertain time.