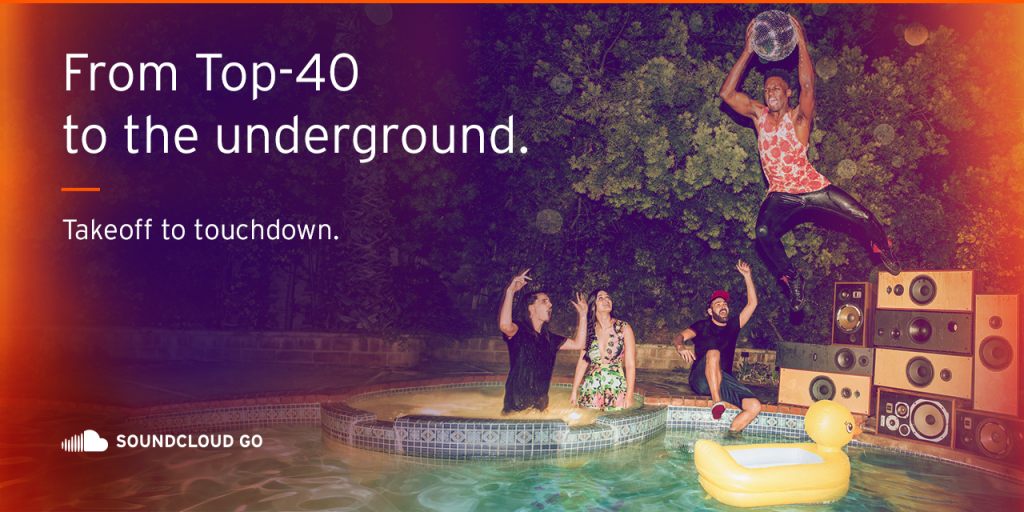 Earlier this year SoundCloud, the world’s largest music and audio platform, launched their first ever subscription service in the form of SoundCloud Go. For $9.99 a month, the average cost of music streaming services, SoundCloud Go gives users an ad-free SoundCloud experience, the ability to save tracks for offline play and an extended catalogue of music.

SoundCloud are now offering their very first special offer for new SoundCloud Go users in the USA, UK, Ireland, and France. SoundCloud are offering new users a massive discount on their first 3 months, for just 99¢/99p until the end of this week.

For those who were living under a rock when SoundCloud launched their subscription service earlier this year, here’s exactly what you get from it:

The discount offer on SoundCloud Go is available from today, Monday 12th September, for a week until next monday. To sign up for SoundCloud Go head here: www.soundcloud.com/go.