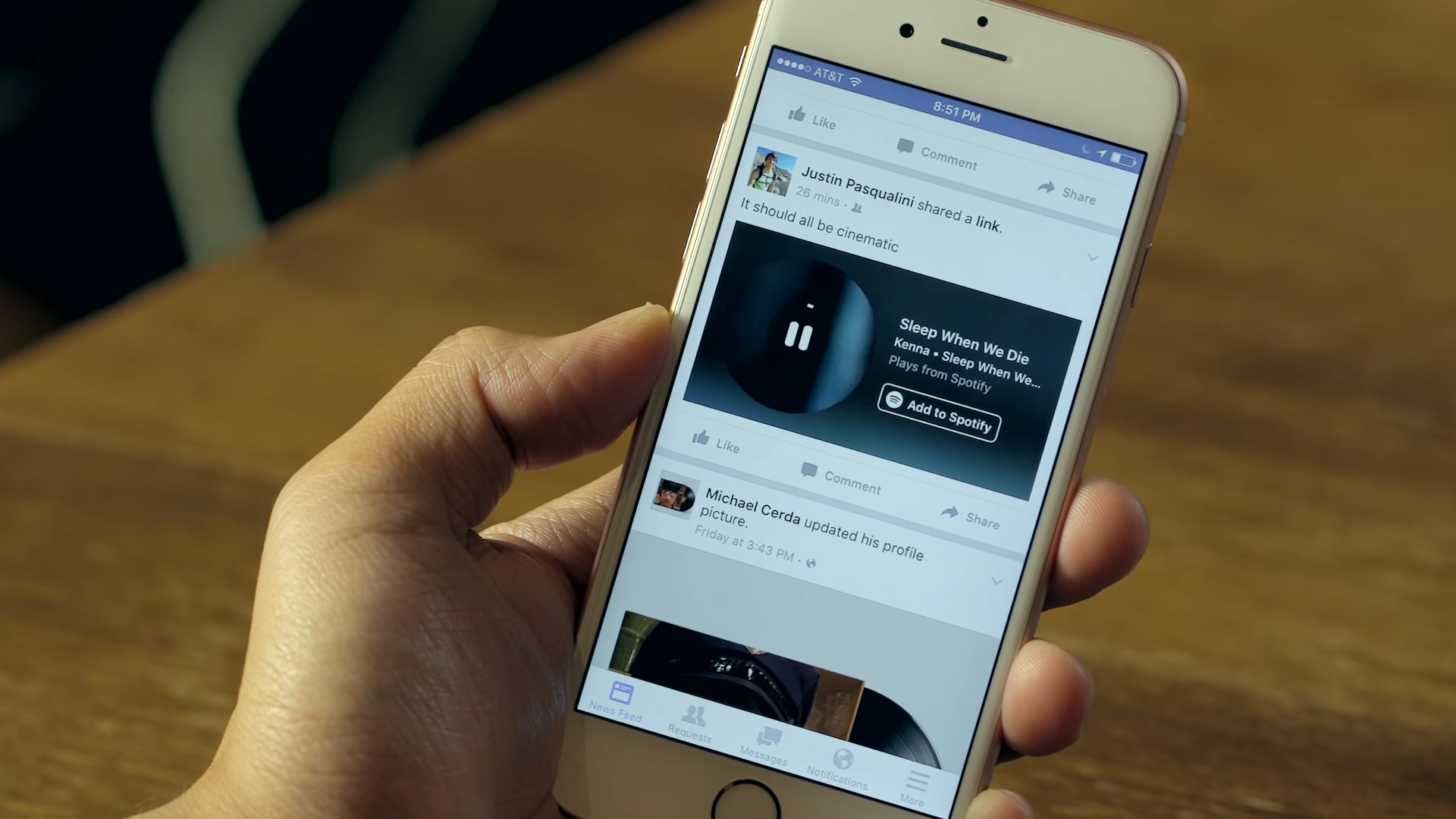 Facebook has added a feature that lets you share music on your feed with friends and family.

Facebook have just announced ‘Music Stories’ to their iOS app which will allow users to share songs from Spotify, Apple Music and iTunes to Facebook. The songs will appear on news feeds in the shape of 30 second preview clips.

There are few things people love more than music. People find out about it from artists and friends alike, and they love to share their discoveries. Today we are enabling better music discovery and sharing on Facebook.

Music Stories utilise Facebook’s new audio player to sample songs and albums from music sites without having to leave the app with playlist compatibility to be added sometime. The best part is that you don’t even need to have the Spotify or Apple Music apps installed on your device to play the clips.

Using the previews people can save songs to their own music libraries or buy them from iTunes all from the post on Facebook. Whilst Spotify, Apple Music and iTunes are currently the only compatible music stores Facebook say that they are adding more in the future.

Since integrating with Spotify in 2011 Facebook hasn’t really made any innovations in music, instead focussing on news and videos over the past few years. This integration was at first criticised as it sent all listening history to Facebook and when clicking on tracks would take you out of the browser and to Spotify’s desktop app however these issues have since been sorted.

Now you can select specifically which songs you want to share and your friends can listen to it all within Facebook. This creates a massive opportunity for both Facebook and streaming services where full integration could blast both the social media platform and the music sites into stratospheric levels of users. It’s not clear why Facebook aren’t integrating full songs to make them the one-stop-shop for all your friends, family, news, videos and music.

Cerda finished the post saying: “We hope by making this experience better, artists will share more, friends will share and engage more, and music will become a better part of the Facebook experience overall.”