There’s a lot of controversy over YouTube’s relationship with music so to quell concerns YouTube have shared a bunch of details on what they do for music.

The music industry is in an unusual boom currently – profits are at their highest in years however physical sales, basically CDs, are seeing a massive decline. How is the industry earning so much revenue then? Thanks to the massive amount of music being consumed digitally online.

YouTube plays a large part in that, as the biggest video site in the world, but works differently to music streaming services where the majority of digital profits are coming from. Last year in 2016 YouTube paid out more than £1 billion from ad-revenue alone to the music industry and uses it’s Content ID platform to allow creators and rights holders to take control of their music wherever it ends up on YouTube.

As there is currently a “lively debate about whether YouTube is good or bad for the music industry overall” YouTube commissioned a study from RBB Economics to analyse their position in the music industry. The study looks at exclusive YouTube data and takes information from a survey of 6,000 users across Germany, France, Italy and the UK. RRB Economics will examine various aspects of the industry over the coming weeks, with their first report published today. 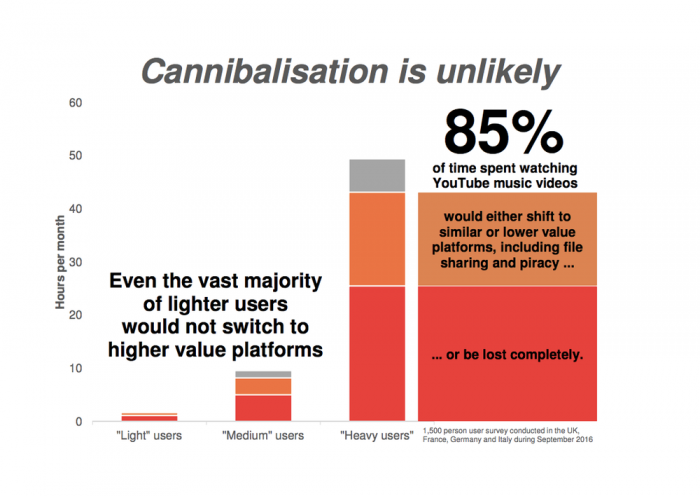 The first question RBB focussed on was whether listening to music on YouTube limited the use of other sources of music, particularly more profitable ones – a process known as ‘cannibalisation’. The study found that this wasn’t the case and that, in fact, if YouTube didn’t exist “85% of time spent on YouTube would move to lower value channels, and would result in a significant increase in piracy”.

The survey found that without music and music videos available on YouTube pirated content would increase by 29%. Thanks to the convenience of YouTube it is a much more attractive platform to simply go to and search for music on. Although people say that that YouTube’s payout isn’t big enough, it’s an 100% increase on piracy royalties. They also found that music blocked from YouTube didn’t see higher streams elsewhere.

YouTube will share more of what the RBB Economics analysis discover as their studies are released over the next few weeks.

Love You Back! Rasmus Hagen with a Great Track

I heard this track for the first time today and I just loved its message. Love You Back! Related

The singer and her producer brother have given us the first taste of the 25 James Bond film with the the theme song. Billie Eilish has released the theme song to No Time To Die….