Bose say they’ve spent over 40 years researching the best noise cancelling headphones in the world and now they’re taking the wires away from their QuietComfort headphones.

Listening to music isn’t always about listening to your favourite tunes, sometimes you just want to turn the rest of the world off and live without the perpetual noise of the 21st century. Very few, if any, headphones can tune you in and out of life around you like Bose’s Quiet Comforts and QuietComfort35 is just about to drop and take them wireless.

Bose confidently claim “these are our best headphones”. They use Bose’s industry leading noise cancellation technology to detect the sounds around you and constantly adapt to shut noise out. Your music sounds better and undisturbed whilst soft Alcantara material, used in high-end cars and yachts, and synthetic leather hug your head. 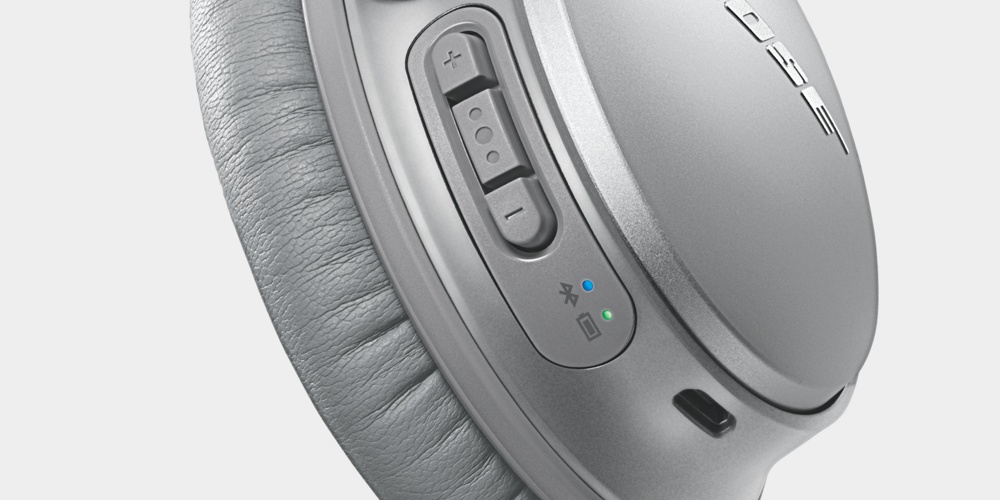 The sound quality with QC35 has been mostly praised but won’t blow you away. After all these aren’t Orpheus headphones and with their superior noise cancellation your music will sound clearer regardless. Chris Ziegler of The Verge did write however that he found, across multiple QC35 pairs, that above a certain volume they couldn’t handle the bass and sound would become distorted – though these headphones were designed so that there’s no noise you would need to listen to music that loud with them.

Bose’s QC35s are constructed with glass-filled nylon so that they’re lightweight to carry and wear, without the fragility of plastic. With an impressive 20 hours of wireless listening and 40 hours wired per charge, you won’t even need to throw them on the floor in annoyance that they’ve run after 2 hours to find out whether they’re as durable as Bose say.

At £289/$350 Bose’s QC35s come close to pricing consumers out into the high-end market but they offer some great features that have a massive impact on your listening. With some concerns over their power however the audio may not be up to scratch enough for you to willingly hand over that amount of money.

This model has the multifunction button that lets you play or pause music, accept calls, and initiate voice commands. I made a review on Bose QuietComfort 35 on my youtube channel, you might interested to watch and i appreciate if you could leave some comments. Here’s the link: https://youtu.be/io9fg9FqDnQ. Thanks for sharing your thoughts and have a great day! 🙂