Short video is the hot thing in China right now and Tencent are taking on apps like Bytedance with their own social video network.

Tencent are getting in on the short video game thanks to the success of companies like Bytedance whose TikTok app (Douyin in China) is massive in China. The app lets users create videos under a minute long that they can add effects and music to for a fun, custom short video that they can share around the world and with friends.

Chinese multi-national Tencent Entertainment are getting in on the game with their new app ‘Hapi’, a short video platform revolving around funny clips with jokes and memes the currency of the platform. Critics are already drawing comparisons between Tencent’s new app and Bytedance’s joke app Pipi Xia, a subsidiary of their popular news app Toutiao.

Among their selection of apps Tencent now has over 10 apps for short-video experiences covering a range of genres and audiences. As the rivalry between two of China’s biggest digital media companies intensifies, Tencent are yet to pose a threat to Bytedance’s dominance with Douyin still vastly more popular with it’s young audiences sharing thousands of videos every day. 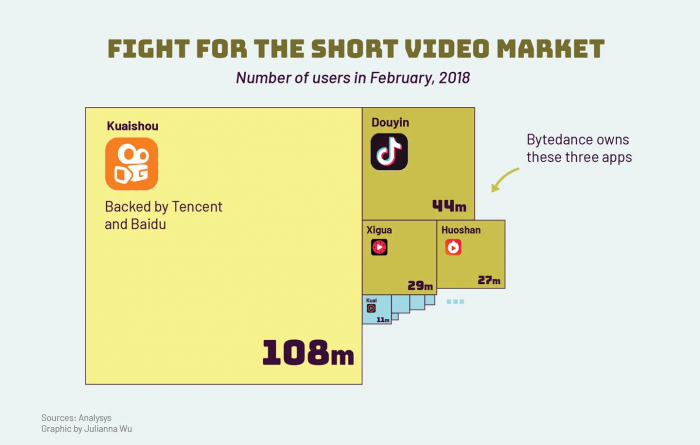 Tencent remain confident of their potential in short videos though. Tencent’s vice president Lin Songtao said: “With 5G and more technology progress, I think it’s an inevitable trend for everyone to take short videos.” Songtao added that the short video market is “on the verge of explosive growth.”

Criticism of Tencent’s new Hapi app hasn’t just revolved around the fairly obvious direct competition with Bytedance but also in the name. Although in English it may sound like happy, in certain parts of China users have pointed out that the word means “dumb”. Perhaps it’s a self-fulfilling title, or perhaps it will be the app to finally leave Bytedance’s dominance of short video in question.

T-Series’ YouTube Channel gets over 750 million views a week

A new chart reveals that YouTube’s most popular channel in the world is also, surprise surprise, the most viewed by far. Indian YouTube channel and creators T-Series are taking the helm of the video site…

YouTube have launched the changes to their platform that they announced last year to protect children’s privacy online. Towards the end of last year YouTube announced a change to policy across their entire platform. In increased…