Moog are legends in the synth game, their advancements in analog synthesis in the 1960’s revolutionising music – their new app shows they aren’t trapped in time.

5 years ago Moog Music launched their Animoog app, “the first professional synthesizer designed for the iPad”. Since then they’ve been responsible for a number of excellent instrument and effects apps and now they’re coming at us with a new fantastic synthesizer – Model 15.

With Model 15 Moog are bringing the old school up to date. Whereas Animoog took a look at what a mobile synthesiser might look like in the 21st century, Model 15 instead takes the classic synth design and puts it into your device.

This new app of course takes it’s inspiration from the iconic Model 15 modular synth from 1973. Every part of the classic synth has been recreated meticulously for the app so that it can accurately recreate the crisp sound of each module whilst maintaining the power of the original. Moog have faithfully reproduced the legendary Moog 921-series oscillators, the 907 Fixed Filter Bank, and the 904A Low Pass Filter. 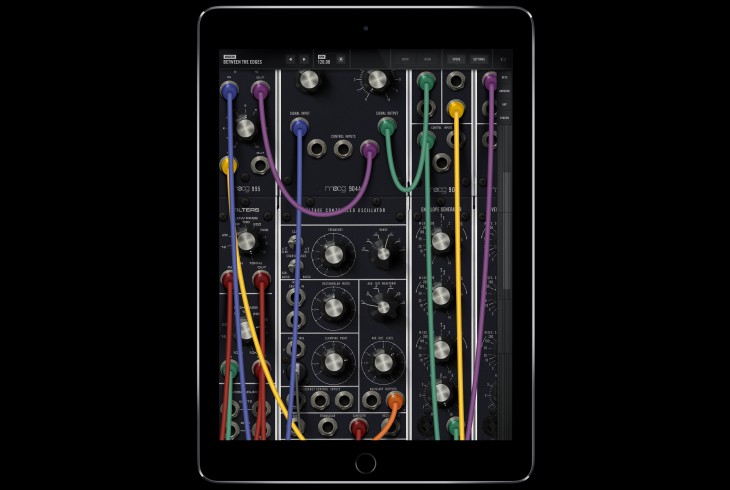 Moog’s Model 15 app has taken advantage of Apple’s ‘Metal’ developer tools so that all your actions feel natural. It is easily controlled using 4 seamlessly integrated controllers that allow you to take command of the apps monophonic and 4-voice polyphonic capabilities.

For those of you who might be lucky enough to have used a Moog synthesiser before will recognise the effort that has gone into recreating the Model 15. With a 1150 ribbon controller, 8-step sequencing arpeggiator and a digital recreation of the award-winning Animoog keyboard – featuring 22 built-in scales and polyphonic modulation.

Of course the app doesn’t just emulate its forebear and adds a bunch of new features. Moog Music’s Model 15 app features total MIDI integration, external control assignment, use as a MIDI controller, dedicated Audio Bridge and MIDI Bridge modules, looping recorder module with overdubbing, a master ping-pong delay module and a new extension cabinet that includes additional amplifiers and voltage-controlled reversible attenuators that can be used for effects like ring-modulation. 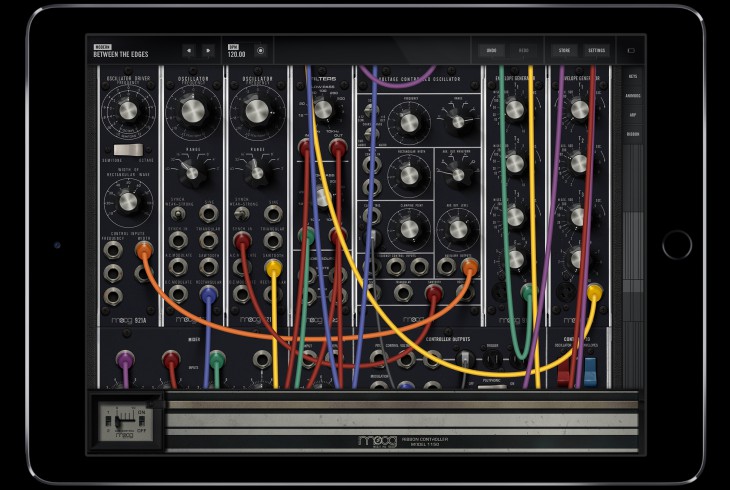 As an app developed for iOS Metal only 64-bit devices can support Model 15. The app also requires devices running iOS 9.3.1 or later.

You can download it for $29.99 from the Apple App Store here.