Can I upload my music to Spotify? Yes, and it’s free

Here at RouteNote we have been really trying to think of ways we can help artists who give away their music for free. The best way to do this is to signup for a RouteNote account (which is free) and upload your free content and select the streaming stores as partners (Spotify, Rdio, Deezer, etc). This will allow artists to monetize their free content and build their fan base at the same time. This doesnt cost the artist anything upfront and they keep 85% of the royalties.

Deezer has announced that they will be soon available throughout Asia later this week. Deezer will first become available in Thailand, rapidly followed by Singapore and Malaysia, ahead of its upcoming launch in Indonesia and the Philippines within the coming weeks.

It is worth noting that Deezer is partnering with mobile carrier dtac on its Thailand launch, on the same model it used with Orange, T-Mobile and Belgacom in other markets.

Deezer will now be available in over 91 countries, which is a long way ahead of Spotify and Rdio.

p.s. You will notice in the coming months some big changes here at RouteNote with Deezer.

This is the biggest song in South Korea at the moment. It has a very viral music video and its easy to see why its so popular. Everytime I watch the video it just makes me laugh.

This is one of my favourite Electric Six tracks, but it never gets much airplay! About time it did.

It seems as though music streaming services like Spotify and Pandora now account for over 25% of the digital revenues on Warner Music Group!

25% of Warner’s digital music revenue works out to be about $54 million, or about 8% of Warner’s total revenue for the period. It seems as though cannibalizing traditional digital sales from retailers like iTunes or from direct-to-fan sales isn’t happening. 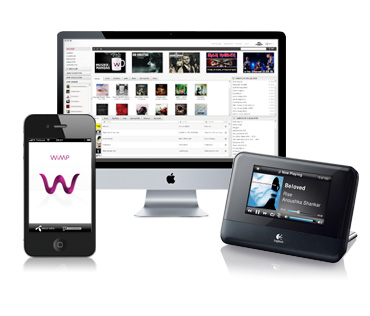 Aspiro says WiMP had 350k paying users at the end of Q2 across Norway, Sweden, Denmark and Germany, including losing 40k users by cutting its partnership with Portugal Telecom.

It seems like internet radio is still popular and on the rise, but not in the format of On-Demand radio like Pandora. TuneIn has just raised a $16 million round of funding.

Investors in this round included Google Ventures and Sequoia Capital.

TuneIn has over 40 million monthly active listeners and growing rapidly (267% year on year).

Spotify celebrates 1 year in the USA. Enjoy this fun infographic direct from Spotify.

It seems like there is a huge amount of Vevo news at the moment.

Basically it seems as though Universal isn’t a huge fan of Vevo at the moment and they are reconsidering their investment, which might also mean they pull their content from the service. Thus, Vevo’s numbers would drop by more than half! This would then mean Vevo would struggle to get more financing and the Vevo future might be in a little bit of trouble!

Im really not a huge fan of the popular music that is being released at the moment. This image summed it up for me.