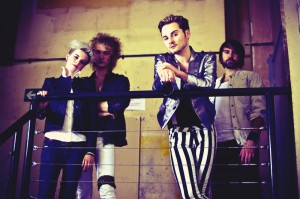 A few months ago I wrote a blog post about a very exciting new artist by the name of Ollie Wride. Since writing this post Ollie has been subject to some very positive attention, not least of all from The Guardian’s Paul Lester. Subsequently Ollie’s fan base has grown, earning him some much deserved acclaim from both the music consuming public and the altogether less forgiving demographic of music critics. I’m not suggesting for a second that I’m in anyway responsible for Ollie’s success by the way, before you start thinking “what a self obsessed moron, trying to usurp an artist’s success.”

Anyway, whether you’ve heard of Ollie before or all of the above read like the words of an alien might, I absolutely demand that you listen to his latest effort, found at the bottom of this post. Sillhouets is an altogether more reflective and arguably mature number than fans will be used to from Ollie. It’s as perfectly produced and meticulously written as any of his other work – not a vocal harmony or instrumental layer out of place and everything present in the mix completely justified in it’s inclusion.

I’ve linked his entire SoundCloud set so you can get a real taste of his versatile brilliance. If the music inspires you to want to see Ollie in flesh, you can see him performing alongside The Kooks, Tony Hadley, Mr Hudson, MPHO, Daisy Dares You, Man Like Me & Tribes at London’s Koko on Oct 4th.

With the digital equivalent of liner notes and artist pages just for songwriters, Spotify’s Head of Songwriter and Publishing Relations talks spotlighting the creatives behind the music. It’s easy to look at an artist, the…