Marc Houle has decided to share a Live set of his techno sounds from an experiment project called Buji Tek through Ableton so that other users can use and develop them.

Items & Things main man Marc Houle has been performing live sets the world over for more than ten years. Often working with unreleased and hence unmastered material, there were times he felt his set couldn’t match up to the sheer volume and density of whatever came before him. In his quest to step up to the full-fat sound, he decided to start an experiment to “throw a little hot sauce” onto his existing live set.

“If I was following some DJs throwing out some pumping hard techno,” Houle explains, “I would follow up with my set, and a lot of my music was missing the sub bass and the layers of drums the DJs had. I decided to make a little experiment and make a bunch of sub bass lines and other beats to back up my regular set.”

This experiment became known as Buji Tek – so named after the sound of the rhythmic thrust of the subs and drums Houle was crafting to give his set extra impact. What started as a simple combination of elements rolling in the background behind his existing live set gradually gained complexity as he sought to make these embellishments more varied. Now that Houle has developed the project to a level he is happy with, he wants to share it with all Ableton Live users so that others can benefit from what he has created and push the concept further.

The layout of Buji Tek is relatively simple, comprising channels for kick, sub bass, noise bass, snare, sound effects and hats – all of which are loaded with a variety of audio clips. For anyone familiar with Houle’s style, the sound content of Buji Tek will be immediately familiar. However, the set is far removed from a static collection of loops. Houle created this set of sounds to work semi-autonomously in the background while he commandeers the components of his usual live set, and therefore the clips are set up with a multitude of carefully prepared Follow Actions, meaning that the same combination of sounds will never be playing for too long. 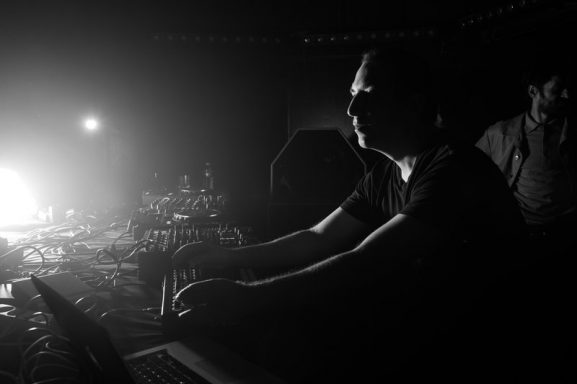 “It’s always morphing into the next beat,” Houle explains, “so you don’t get a loopy feel to everything. There is no real control over how things morph so it’s kinda fun and new to me as well.”

You can read more on the project and download the Live set for free from Ableton’s blog here: www.ableton.com/en/blog/marc-houle-buji-tek

Jamm Pro is a new music production app from the Ninja Tune record label and electronic duo Coldcut. Jamm Pro is a follow up to the great but out of date Ninja Jamm app from…

Learn how to use synths with this fun, free website from Ableton

Getting started with synthesisers can seem like a mountain but Ableton’s in-browser lesson makes it easy and exciting to learn the basics. Do you want to get better with electronic music, with producing and with…