Almost a week after fully launching the new live streaming app Live.ly it  rockets to the top of the app store charts.

The live streaming app comes from Musical.ly the popular open platform that helps users create their own music videos. With their first major expansion they’ve launched Live.ly an app that allows users to broadcast themselves in real time to the Musical.ly platform.

It was rolled out to select users initially but was expanded to their full userbase last Thursday and has since achieved 500,000 downloads and shot to number 1 on the Apple App Store. When we first reported on Live.ly’s launch we were sceptical as to how it may perform due to live streaming’s prevalence with major competitors like YouTube, Twitter, Twitch, and others, but it’s clearly been a hit.

Musical.ly CEO, Alex Zhu said: “We want to thank the musical.ly community for embracing live.ly as an exciting new platform and canvas for creativity and self-expression. The fact that this comes almost one year after musical.ly hit on the same chart makes the news even more exciting.” 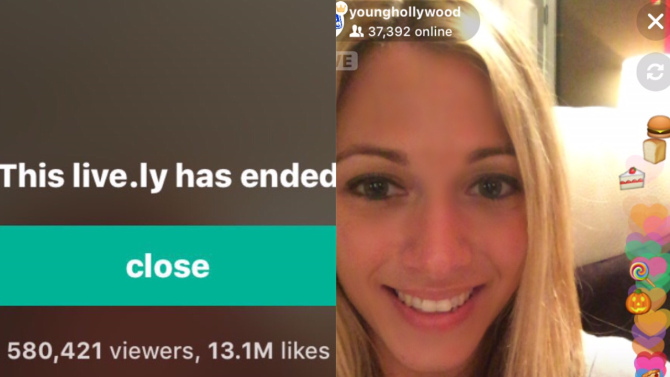 Live.ly has a long way to go if it’s to reach the success of it’s predecessor Musical.ly, which has been downloaded an incredible 100+ million times since launcing just last year. TechCrunch reported last month that the company were looking to raise $100 million in funding, for a valuation of roughly $500 million. Whether this would be for further expansion into new markets or to bolster their already successful mobile platforms is unknown and will hopefully be seen if this round of funding goes through.

You can download Musical.ly on iOS, Android, and Amazon. You can also download Live.ly only on iOS currently.

T-Series’ YouTube Channel gets over 750 million views a week

A new chart reveals that YouTube’s most popular channel in the world is also, surprise surprise, the most viewed by far. Indian YouTube channel and creators T-Series are taking the helm of the video site…

YouTube have launched the changes to their platform that they announced last year to protect children’s privacy online. Towards the end of last year YouTube announced a change to policy across their entire platform. In increased…

Pingback: Musical.ly are getting rid of their massive Live.ly app - RouteNote Blog