Using scientific theory British ambient band Marconi Union claim they have created the “world’s most relaxing song” which has been considered dangerous to listen to whilst driving.

Music has been linked closely to emotional responses in humans and can even have a physical effect on the body to an extent. Marconi Union’s 2014 track ‘Weightless’ has now been named the most relaxing song ever after the group worked with sound therapists to create a composition that could lower the listeners’ blood pressure, stress levels and heart rate.

Using peaceful and subtle ambient sound accompanied by slow dreamy melodies created from a range of instruments and electronically sampled natural soundscapes the group created a song so relaxing it can induce a dreamlike state. In fact the song has been found to be so effective that it’s recommended not to be listened to whilst driving due to the potential dangers of it’s calming ability.

Marconi Union’s own Richard Talbot said: “It was fascinating working with a therapist to learn how and why certain sounds affect people’s mood. I always knew the power of music but we have previously written using gut feeling.” Research group Mindlab International found incomparable results from the track including a 65% reduction in anxiety and a 35% reduction in usual physiological resting rates.

Lyz Cooper, British Academy of Sound Therapy founder, explained why the song is so powerful saying that your heartbeat will naturally slow down to match the tracks BPM. The song begins at 60 BPM and gradually slows down to 50. Cooper says: “It takes about 5 minutes for this process, known as entertainment, to occur. And there is no repeating melody, which allows your brain to completely switch off because you are no longer trying to predict what is coming next.”

Despite their critical acclaim and the scientific popularity of ‘Weightless’ the band have tried their best to stay out of the spotlight. The band even refuse to debate the science behind the track and will only discuss it based on it’s aesthetics and musicality. 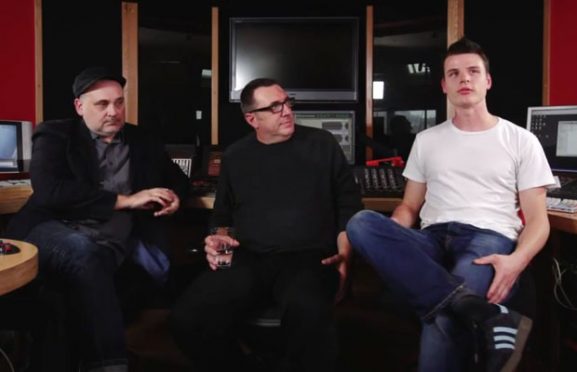 Genius content is coming to TV for the first time

Genius are taking their shows about artists and songs like Verified, Deconstructed, and For the Record to television. In a partnership with Fuse, the massive lyrics and music site Genius will bring their popular shows…