The most sought after re-union in all of rock and roll could happen as the 3 surviving members of Led Zeppelin may be getting back together to rock once again.

Robert Plant, singer of one of rock’s biggest and greatest bands ever – Led Zeppelin, has been teasing the world on social media with a cryptic statement. 10 years since their only gig for almost 40 years and fans are going wild at the possibility of one more chance to see the legends of rock and roll in action once more.

The teasing suspicion comes from Robert Plant’s website, which is currently blank except for the words: “Any time now…”. Whilst this could easily be a tease for an upcoming album from Plant alone or something else entirely, Zeppelin fans refuse to give up hope and are fuelled by one website which claims to have inside information on what the message means. 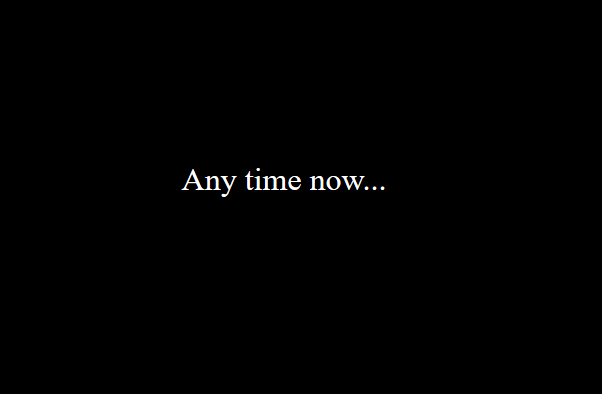 Someone named Raul from ‘feelnumb‘ told that his “well placed sources in the industry” told him that Led Zeppelin will reform to play Desert Trip this year. He says: “Rumor has it they turned down a reported $14 million dollar pay-day to play at last years festival and that this year there are ‘millions & millions’ of more reasons why they should do it.”

In addition the classic rock band are fast approaching their 50 year anniversary, which is apparently what has persuaded Plant to do it. Guitarist Jimmy page says that whilst he’s been keen for a reunion, Plant is the one to turn it down, saying: “Robert would rather play Led Zeppelin with his own band, not with his old band members.”

If it’s true the act would make an outstanding follow-up to last year’s impressive roster at Desert Trip, which included Paul McCartney, The Rolling Stones, Bob Dylan and more classic artists. Whilst Raul may not seem the most convincing source, he claims to have revealed the Guns N’ Roses reunion line-up weeks in advance of anyone else – so fingers crossed we get to see Plant, Page, Jones and Bonham Jr ride again!

Home concerts are becoming the standard with a lack of real gigs, so make sure yours are good as they can be. Venues shut and fans stuck at home? That’s not stopping artists around the…

Ticketmaster have reversed on their policy regarding COVID cancellations after meeting the ire of hundreds-of-thousands of customers. The live events industry has been hit hard by the current situation, with all concerts, shows, and performances…