Chosen launched last year as a video app designed to showcase the musical talents of strangers around the world and get them recognised. As is often the case with these sorts of the apps however, the users had different plans for the app.

The app became a place to share short video clips with friends and others, thanks in part to an investment by Ellen DeGeneres that lead to a video challenge segment used by Ellen in her show. This lead to massive popularity for the app but took it completely away from it’s roots of displaying individual’s musical abilities.

Now, with the popularity of similar app Musical.ly that’s found notoriety for it’s music video dubbing,  Chosen are branching back into the music side. Chosen have added samples of over 20 million songs to their app so that you can create music videos or dub yourself singing the song. 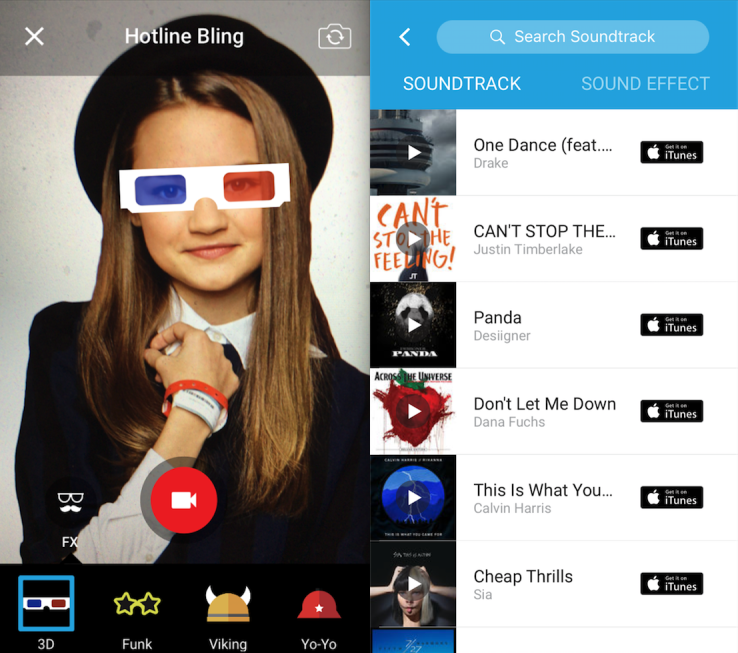 Chosen CEO David Hyman said that younger generations experience music in a different way, finding appeal in interaction and creation. He notes that older generations are more passive in their music experiences, like listening to streaming services. Hyman added that he hopes Chosen could one day be a platform for music discovery.

In another example of Chosen’s recognition of popular culture, they’re planning to add a feature that allows users to impose images over their videos using facial recognition technology – like Snapchat’s popular filters feature.

The update was added today to both the iOS and Android versions. You can download Chosen from the Apple App Store and Google Play Store.

Forbes list the highest earning TikTokers, all estimated to have generated over $1 million in one year on the platform. While there’s no traditional payment from TikTok to its creators (as with YouTube), top followed…

An analysis from Pex shows that 88.4% of videos don’t surpass 1,000 views on YouTube, and that less than 1% exceed 100,000 views. Pex analysed all public data on the platform up until 31st December…