What creators Apogee call a “Swiss Army Knife for Personal Recording and Audio Protection”, the ONE for Mac gives you all you need to start recording music.

Apogee have unveiled the third iteration of their ONE family of audio interfaces, all-in-one recording devices that simplify music making. The new ONE has been designed to work seamlessly on Macs and comes at a cheaper price than it’s predecessors, however the new ONE doesn’t work with iPad like older version.

Apogee have become regarded as one of the best developers for professional recording equipment that doesn’t come with the studio price. Here’s what they say about their new ONE for Mac on their website:

Apogee ONE is an all-in-one portable, USB audio interface that gives you everything you need to make professional recordings on the go. Connect a microphone, guitar or use ONE’s exceptional built-in omnidirectional microphone to easily capture your music without compromise.

ONE even lets you record with a microphone (built-in or external) and guitar simultaneously. Using Apogee’s industry-leading AD/DA conversion and mic preamp technology, ONE produces pristine music, podcast, and voice-over recordings while also delivering studio quality sound to your headphones for precision mixing or hi-fi listening.

With an intuitive controller knob and seamless compatibility with Mac OS X, ONE is easy for anyone to use and works great with GarageBand, Logic Pro X, Pro Tools, Ableton or any Core Audio compatible application. 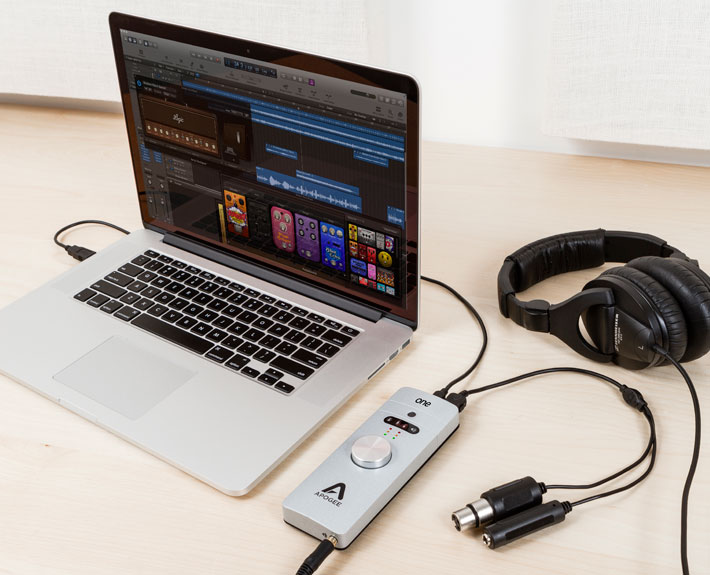 Here are the main features of the ONE for Mac:

Apogee’s ONE for Mac will be made available in May and costs $249. Find out more from the Apogee website.