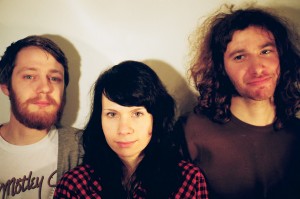 “When I say the word ‘Electro’ what image jumps into your head?” This was the question that I asked literally three different people in preparation for this review. After the initial confusion at why I asked such an ambiguous question out of the blue, all of them pretty much gave the same answer; bright colours and click-your-heels camp-ness that would seem very much at home in the 80’s. I suppose this is a fair image if you consider that when typing “Electro Music” into google images, you are met with an endless string of garish pictures similar to this.

There is however another side to Electro, one that Villa Cola quickly remind us of.

Their self titled, debut E.P is a celebration of simplistic song based Electro that lives perpetually in a contemplative shadow of gloom.

The E.P opens with ‘Seconds’ (video below), an intricate and clever song that although flawed in many ways, showed enough potential to get me interested. The song refuses to move much and is very tense, but in a captivating way that will make your ears prick up and want to hear more.

The record pleasingly just gets better and better as it goes along. It is made up of sparse songs, texturally consisting of no more than a couple of synth sounds, a relentless drum beat and a single vocal line. The vocals are provided by the bands female singer Ranya Dube, who provides haunting melodies that embody perfectly the mood and constant intensity of Villa Cola. The E.P contains little variety and the songs all sound very similar, but in the correct context this only makes the record stronger and a more enjoyable listen. Twenty minutes very well spent.
Stand out tracks are ‘To See Her’ and ‘Nothing is as it Seems’. These two songs feel even more bare than the rest, one consisting only of a bass-synth, drums and vocals. It seems that the more this band strip away, the stronger the more intimate the music feels.

So, that all sounds great, yeah? I really like the band, I (sort of) like the singers voice and think they can write, arrange and produce some delightful little ditty’s. Yes, all of this is true, but during each listen I’ve found myself stumbling over the same metaphorical boulder. Villa Cola, as much as I like them and I’m sure will charm the pants off of you all, have through their obvious fandom placed themselves musically far too close to the unrivaled kings of gloomy electro-punk – Joy Division, and that’s a dangerous thing to do, as (sweeping statement time) no-one will ever do this as well as they did.

Of course it doesn’t mean that I can’t listen to or indeed like Villa Cola, this E.P has found it’s way into my iTunes collection which is genuinely a rarity for music I review. It just means that forevermore when I hear this band I’ll be thinking to myself “well, this is good, it reminds me of something though. Oh yes…”, although you could argue that being reminded of Joy Division’s existence and supremacy could only ever be considered a good thing.

I suppose it’s a little bit like a David Beckham look-alike accompanying actual David Beckham on a visit to the home of his number one fan – the lookalike will (quite rightly) be overlooked, no matter how authentic they appear or how much you attention you know they probably deserve.

Villa Cola can be purchased on iTunes here and you can find out more about the band by visiting their website.