Akai Professional have launched their powerful ‘iMPC’ app for iOS on Android so that even more people can make professional beats on the fly – however just Samsung Galaxy for now.

Roughly 5 years ago Akai launched their feature-laden mobile app iMPC based on their renowned MPC (Music Production Center) hardware. Now after iOS users have had the fun exclusively for years Akai are finally expanding their app beyond iOS onto Android phones, however only on Samsung Galaxy devices for now.

With iMPC for Android you get the same excellent Akai controller designed for iOS, with over 1,200 samples, 50 editable programs, 80 editable sequences, and iconic MPC workflow, iMPC is the first app to bring all the functionality of a classic Akai Pro MPC to your smartphone or tablet. 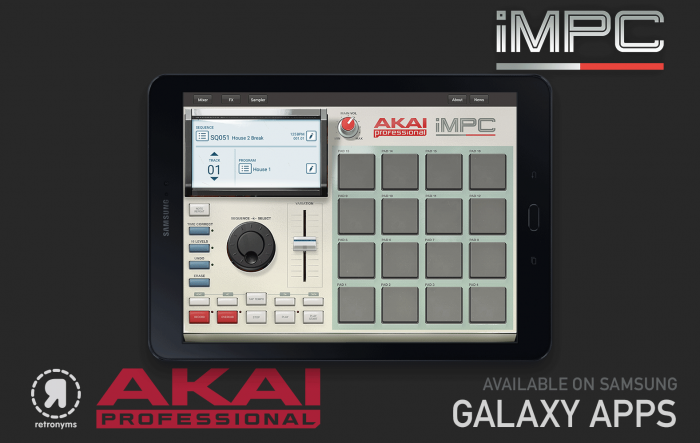 The app’s built-in sampler can record samples three different ways: using the microphone on your device, using the line input (jack) of your device, or by using the multi-touch turntable interface in iMPC to record samples directly from iTunes or other music libraries. When you’ve created a beat that you’re happy with you can save it as an audio file or MPC file with the option to export it straight to SoundCloud, Facebook, Twitter and others.

Akai’s iMPC app is available to buy from the Samsung Galaxy store for $7 on compatible devices.

Create your own virtual euroracks for free with this program

Ever wanted to play with euroracks and create your own synthesiser sounds manually? Then VCV Rack is the free, open source program for you. VCV Rack is not only free but it’s also completely open…

Jamm Pro is a new music production app from the Ninja Tune record label and electronic duo Coldcut. Jamm Pro is a follow up to the great but out of date Ninja Jamm app from…