Nektar opens up a world of opportunity with their new pedalboard putting software and devices right at your feet.

Nektar have unveiled their Pacer pedalboard, which provides hands-free control of DAWs, MIDI software and hardware like guitar rigs, and more. This one pedal could revolutionise electronic sets and the workflow for producers, freeing up their hands to play, mix and edit.

Pacer proudly claims itself to be the only real hands-free option for controlling Digital Audio Workstations (DAWs) like Ableton, Cubase, Logic Pro and most others. With Pacer’s 10 programmable foot switches you can control playback, track and transport controls including cycle/looping, rewind, forward, recording etc. Each foot pedal has an RGB LED display to show the status and activation. 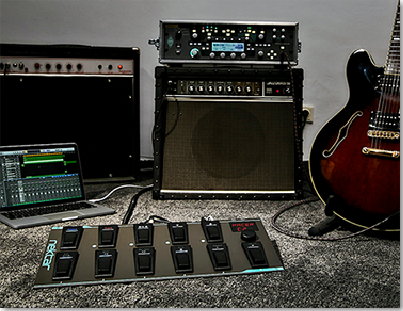 Nektar’s chief, Niels Larsen says: “Originally, Pacer was intended to be a DAW controller providing musicians with hands-free control of their computer music setup. Then enthusiasm got the better of us and we couldn’t help adding a host of useful additional control functionality. Now you can also control MIDI preamps or effects as well as switching channels and reverb on non-MIDI amps with the onboard relays. Pacer’s switching power will boost your creativity whether you are recording or playing live.”

Pacer’s connectivity features mean that you can integrate analog amps with conventional footswitch sockets into your setup just as well as software guitar apps or other MIDI-capable hardware. And with one switch of a button, you can reconfigure your whole setup, with up to 16 MIDI-messages or relay switch states at the same time.

Discover a world of possibility with these incredible, diverse and awesome synthesizers that are free to download. Now as many of you will know, there are a huge range of plugins free and paid for…

Who doesn’t love a classic synth, especially when you can download its sound for free and instantly use it in your music. Back in the 80’s Korg launched an oft-forgotten, but much-loved at the time,…